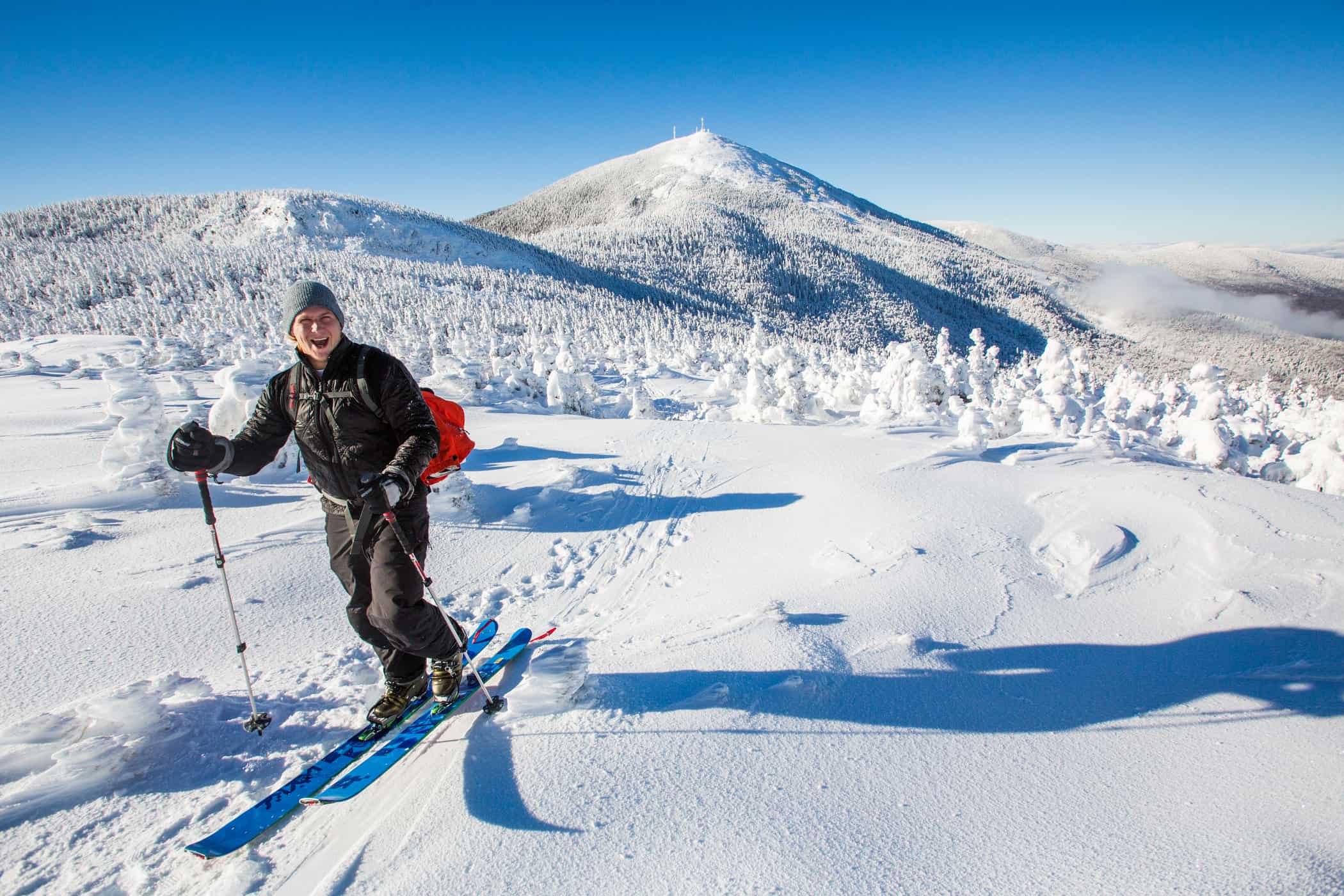 Are you dreaming of your first run down the mountain? Well, get your skis or snowboard out because you don’t have to wait as long as you might think. You’ll be gliding down a beautiful mountain before Thanksgiving or even Halloween! Grab your gear and head out to one of these 20 North American destinations known for early skiing and snowboarding.

Weather permitting, you can ski in Keystone as soon as October. With early snowfall and a highly rated ski school, Keystone is a great place to start your ski or snowboarding season. If you’re looking for a Thanksgiving trip, their natural snow, snowmaking, and grooming create great conditions across their three mountains and 5 bowls.

Boosting the longest ski season in Colorado, Arapahoe Basin often opens in October, depending on the weather. Located in the Rocky Mountains with an elevation of 13,050 feet, it gets cold early, fueling fall openings (even as early as October 9th).

Alta Ski Resort, located in Little Cottonwood Canyon near Salt Lake City, is known for its abundance of natural snow. Alta gets 29 inches of snow in October, 77 inches in November, and 92 inches in December. As a result, by December, over 90% of its terrain is open for downhill thrills.

The Canadian Rockies near Banff National Park is one of Canada’s premier ski destinations. The resort has a history of opening in the Fall, even as early as late October. Lake Louise consistently earns high marks from skiers for its reliable snow conditions and abundant terrain choices.

Sunday River is one of New England’s leading ski destinations, with an estimated opening of November 6th. As one of the largest snowmakers in the world, they are so confident in their ski conditions that they’ll refund your lift ticket if you’re not happy.

Its unique location on Colorado’s high plateau allows Steamboat to open its trail to skiers and snowboards around Thanksgiving. As early winter storms move across the state, it accumulates snow even during the early season. With 93 percent of its terrain open by Christmas, you’ll have great conditions before The New Year.

With an estimated opening of November 20th and only 35 minutes from Salt Lake International Airport, Brighton is one of the most accessible early ski destinations on this list. In addition, the resort has an elevation of over 1875 vertical feet and enjoys early-season snowfall, making it an option for a quick weekend trip and flight.

Solitude, known for its fantastic powder skiing, opens in late November based on weather conditions. Located in The Wasatch Mountains, on the west side of Salt Lake City, it benefits from one of the world’s best sources of snow. By Christmas, the ski resort has on average 85% of its terrain open.

Whistler-Blackcomb is another premier Canadian destination for early skiing and snowboarding.  The resort first opened in 1966 and has grown into a world-class ski area with terrain for every skier’s ability level. Both mountains of Whistler Blackcomb are known to open early, usually around mid-November. By December 25th, 86% of its terrain is open and covered in a blanket of white snow.

At just over 9000 feet, the resort’s high-elevation location collects snow early and often throughout the season. Mt. Bachelor has opened as early as October with the right conditions. Over half of its terrain can be skied by mid-November, and by December 25th, virtually all of the ski area is open.

Wolf Creek gets so much snow their tagline is The Most Snow in Colorado.  With an average elevation of 11,904 feet at the summit and a base altitude of around 10300 feet, its snow conditions permit an estimated early opening of November 4th.

With an elevation of 10,780 feet at its summit, it’s no wonder why skiers flock to Mt Baker in the early season. Mt. Baker sees 752 inches of snow on average, with 100 inches in November alone. By December 25th, Mt Baker boasts an average of 88% open terrain with at least 200″ of snow depth on the upper half of its mountain.

Mammoth Mountain is the largest ski resort in California and sits right next to beautiful Mono Lake. The resort’s terrain varies from beginner to expert, and its seasons are unusually long. As a result, the mountain may rely on snowmakers to get things started in mid-November, but it receives a tremendous amount of snow across 3,500 acres.

Grand Targhee’s modest pitch, lack of particularly rocky, rough terrain, and constant natural snowfall make it one of the safest bets for snow cover in the early season on the west side of the Tetons. It is usually open by mid-November, weather permitting, and is one of the few destinations that rarely rely on artificial snow. One year, all of its trails was open by November 22nd.

Fernie Alpine Resort benefits from Pacific Northwest rainfall combining with drier air and colder temperatures to create some of the best snow conditions in North America. It regularly opens in early December and by Christmas, 88 percent of its trails are open.

Copper Mountain, known for its snowmaking, leverages Colorado’s colder temperatures to cover 331 acres with powder to open in mid-November. With most of the resort open in early December, it boasts some of the best terrain in Colorado and a wide variety of runs to accommodate all skiers.

Winter Park, the closest major mountain resort to Denver, offers a convenient option for early-season skiers and snowboarders with a mid-November opening. Located in Colorado’s Rocky Mountains its 313 acres can also be covered with artificially made snow or some of the state’s finest powder.

An East Coast resort known for an early opening is the snow-making king, Killington. Killington is typically open from late October or early November until May, making it a go-to resort in the region.  They can cover 80 acres of snow in an hour and enjoy more natural snowfall than any other mountain in the state.

Sugarloaf is Maine’s tallest winter resort, the largest ski area east of the Rocky Mountains, and regularly opens before Thanksgiving. Even if there isn’t much natural snowfall at the beginning of the season, Sugarloaf can rely on its snowmaking expertise to cover 600 acres of trails

There’s a lot to love about Loveland’s estimated Halloween opening date, close proximity to Denver, and 1,800 acres.  Known for the most dependable early season conditions in Colorado, they start making snow the last week of September and even offer free snowcat skiing along the Continental Divide.

Casandra is the founder of Karpiak Caravan Adventure Family Travel and a mother to two adventurous young boys. Casandra is a family-focused, adventure travel advocate. A Toronto native with Danish roots, she became an avid traveler after her first trip to Europe as a college student. Casandra’s goal is to provide an educational experience for her family when she travels. When visiting historic sites like D-Day landing beaches in Normandy, or learning about ranch life at a dude ranch on horseback, it’s always a priority to provide an educational experience and to learn about the culture and history of each destination. You can follow her adventures at karpiakcaravan or get in touch via her social media pages on Facebook and Instagram.