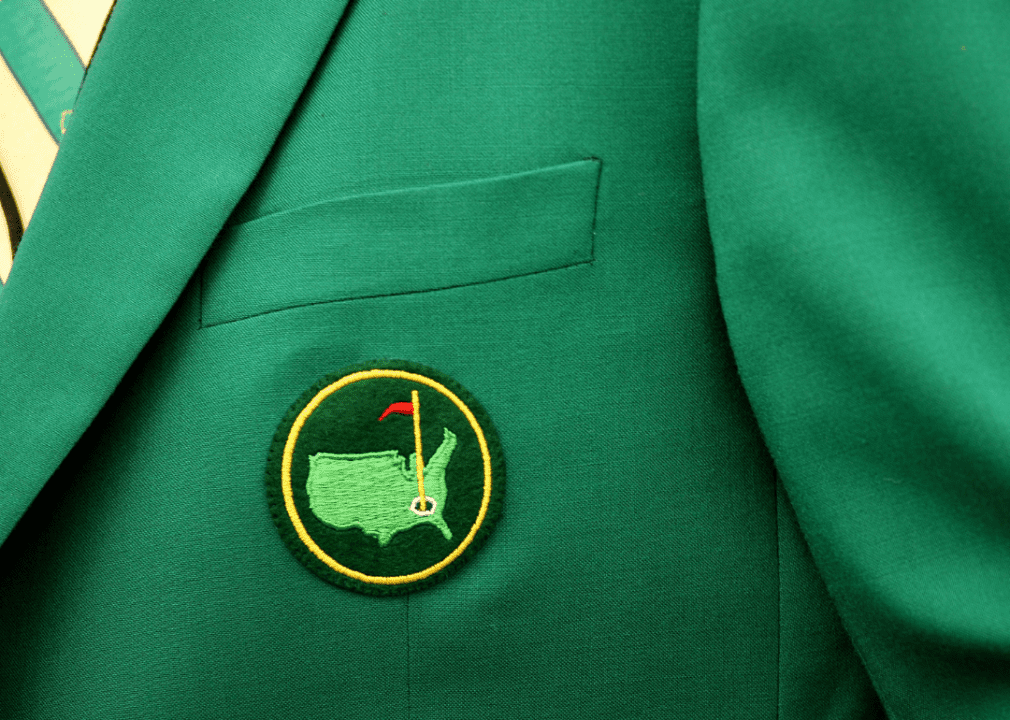 “A tradition unlike any other,” the iconic words uttered by CBS commentator Jim Nantz tell you all you need to know about what is widely considered the crown jewel of the golfing world. The Masters first officially teed off in 1934 and is the youngest of the four major golf championships after The Open Championship, the U.S. Open, and the PGA Championship.

The tournament, played at Augusta National Golf Club in Augusta, Ga., is steeped in tradition. The course was designed by amateur golfing legend Bobby Jones and, since 1949, every winner has been awarded a green jacket that is stored at the golf club and worn by past champions at the annual Champions Dinner on the Tuesday before the tournament (past winners are invited to compete each year at the Masters, regardless of standing or ranking on the PGA Tour).

Stacker dove into the history by analyzing PGA Tour data through 2019 and ranked every winner by the number of victories in Augusta. Ties were broken by most recent wins. Read on to look back at the fabled course, the epic finishes, the gut-checking comebacks, and the heart-breaking losses that truly make this tournament unlike any other. 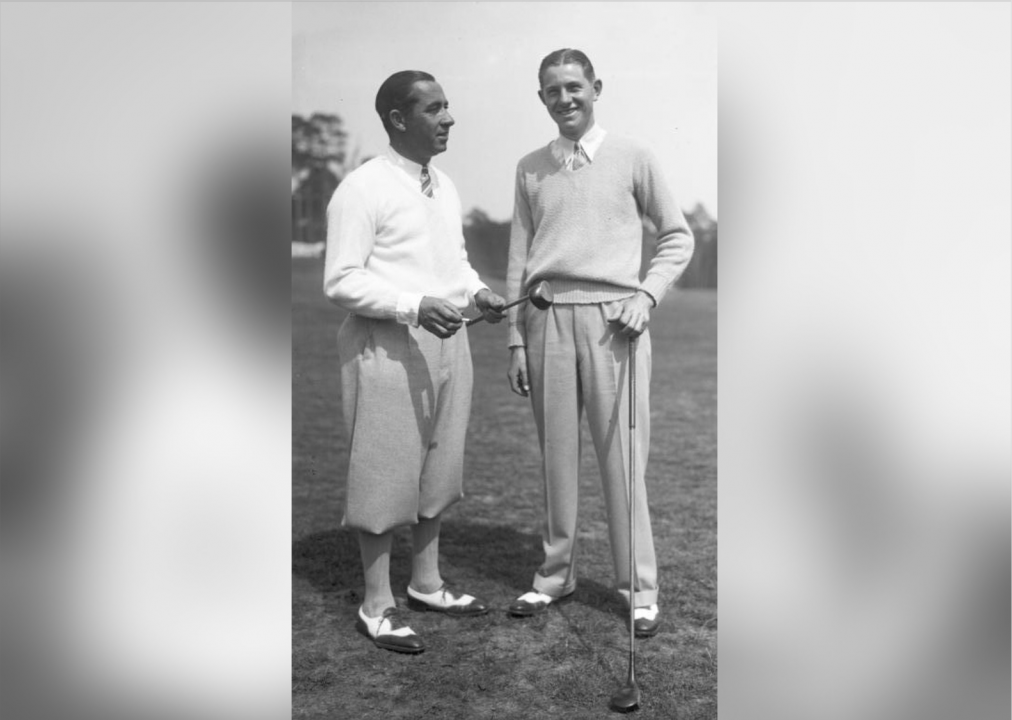 There are dozens of individual records in and around the Masters tournament, but there are very few ‘firsts.’ Horton Smith lays claim to a couple of those firsts since he’s the inaugural winner of the very first tournament in 1934. He’s also the first two-time winner as he won again in 1936. Additionally, Smith is the first winner to lead after all four rounds of the tournament (also in 1934). 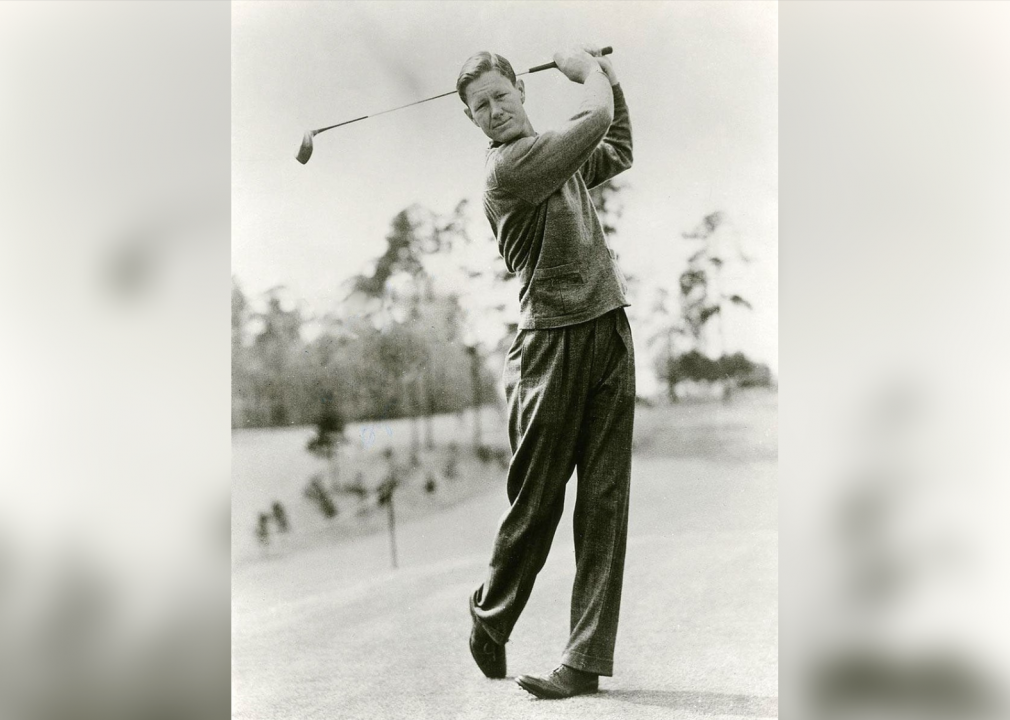 Few players have won more than Byron Nelson. With 52 PGA titles, he’s sixth on the all-time list and with five major victories, he’s tied for 14th all-time. Nelson is a two-time winner of the Masters (1937 and 1942), but it was in 1944 and 1945 where he truly dominated. In 1944, Nelson won eight tour events, and the next year he won a record 18, including 11 in a row. Both records stand to this day and are considered by some to be unbreakable. 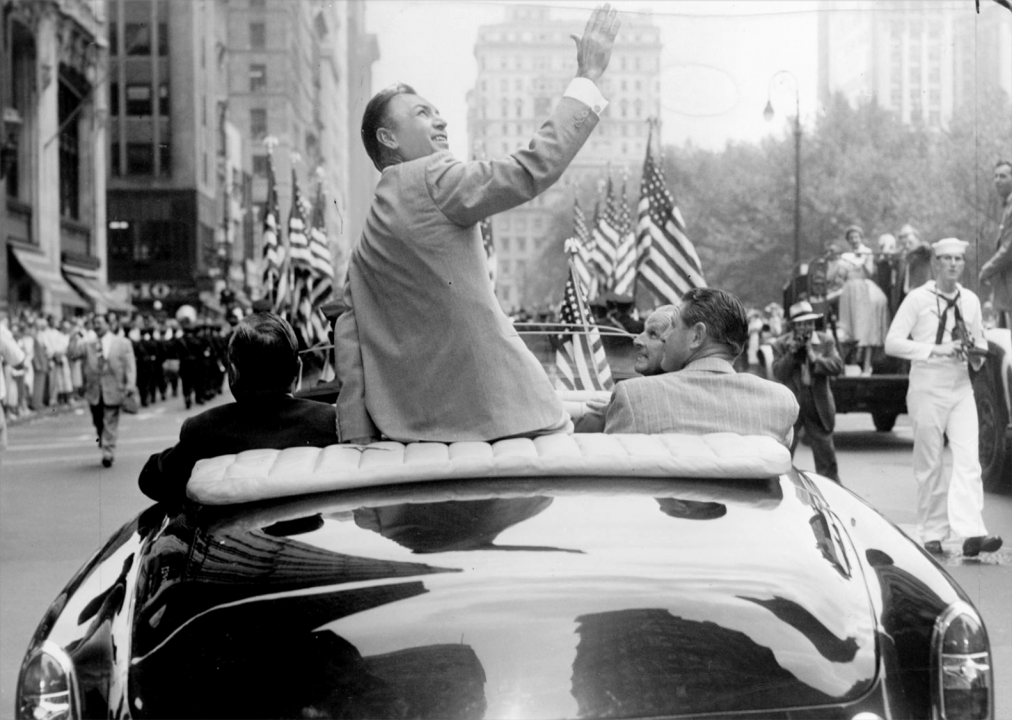 In any discussion of greatest players ever, Ben Hogan’s name is usually mentioned along with Jack Nicklaus and Tiger Woods. Hogan won nine major championships including two Masters in 1951 and 1953. Hogan’s second Masters shattered the previous scoring record when he shot 14-under, a mark that stood until Jack Nicklaus surpassed it in 1965. Hogan was also the runner-up at the Masters four times. With 64 PGA Tour wins, Hogan is fourth on the all-time list, he’s a four-time winner of the PGA Player of the Year, and is the only player to ever win the Masters, the U.S. Open, and The Open Championship in the same year. Not only did Tom Watson win the Masters twice, he had a 15 year run from 1977–1991 where he finished second three times, was in the top 10 on 13 occasions, and in the top five a whopping eight times. Notably, his two Masters wins were both over second place finisher Jack Nicklaus.

In addition to the Masters, Watson won 39 PGA events including one U.S. Open and five Open Championships, which is the second most all-time. Watson earned PGA Player of the Year six times, including four straight honors from 1977–1980. In 2018, Watson turned back the clock, when at the age of 68, he became the oldest winner of the annual Par 3 contest that takes place before the Masters. 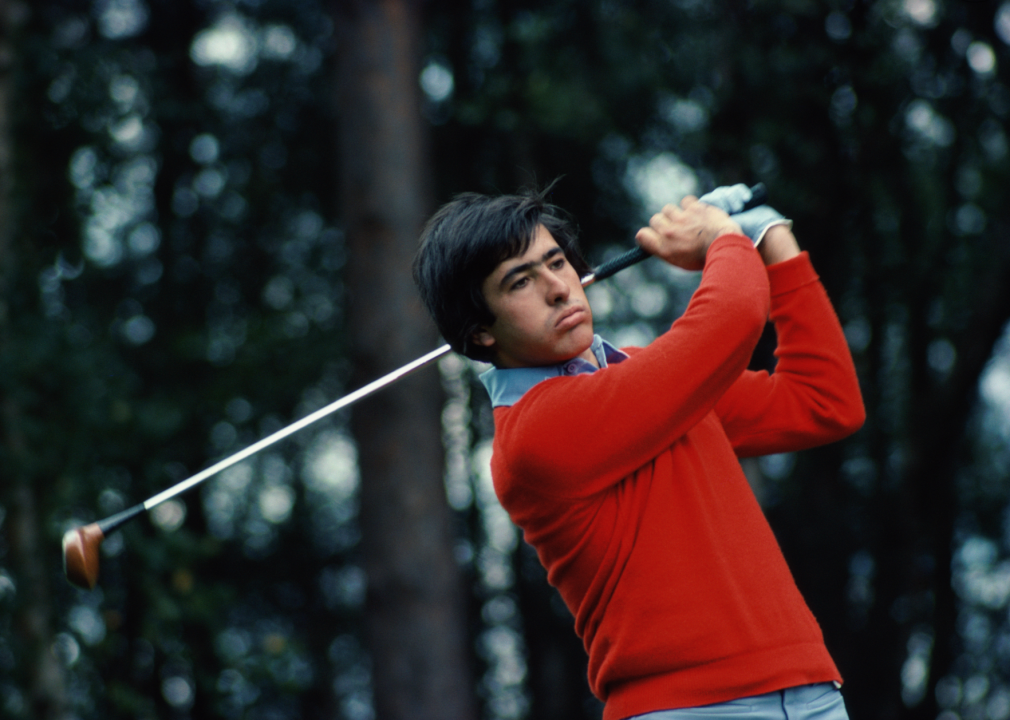 Spanish-born champion Severiano “Seve” Ballesteros is considered to be one of, if not the greatest European golfer of all time. He still holds the record for most wins on the European Tour (50) to go along with nine PGA victories including five major championships. Ballesteros won his first Masters in 1980, when he was only 23 years old and followed it up with a second victory in 1983. With his win in 1980, Ballesteros holds the distinction of being the first European to win the green jacket. 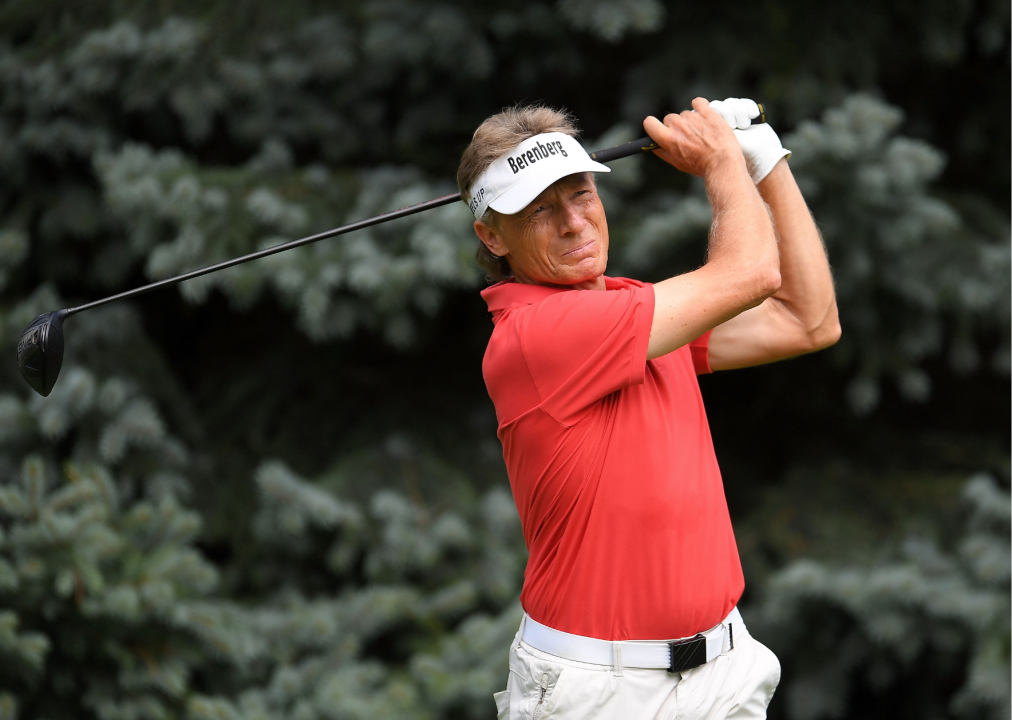 Second only to Seve Ballesteros, Bernhard Langer won the most tournaments on the European Tour with 42 titles. Adding to that total are three wins on the PGA Tour, two of which were the 1985 and 1993 Masters championships.

The German-born Langer won his first Masters by beating out Ballesteros who came in second, and he also became the second European to win the event (after Ballesteros). Today, Langer plays on the Champions Tour (otherwise known as the Senior Tour) where he has won 39 titles, second only to Hale Irwin. 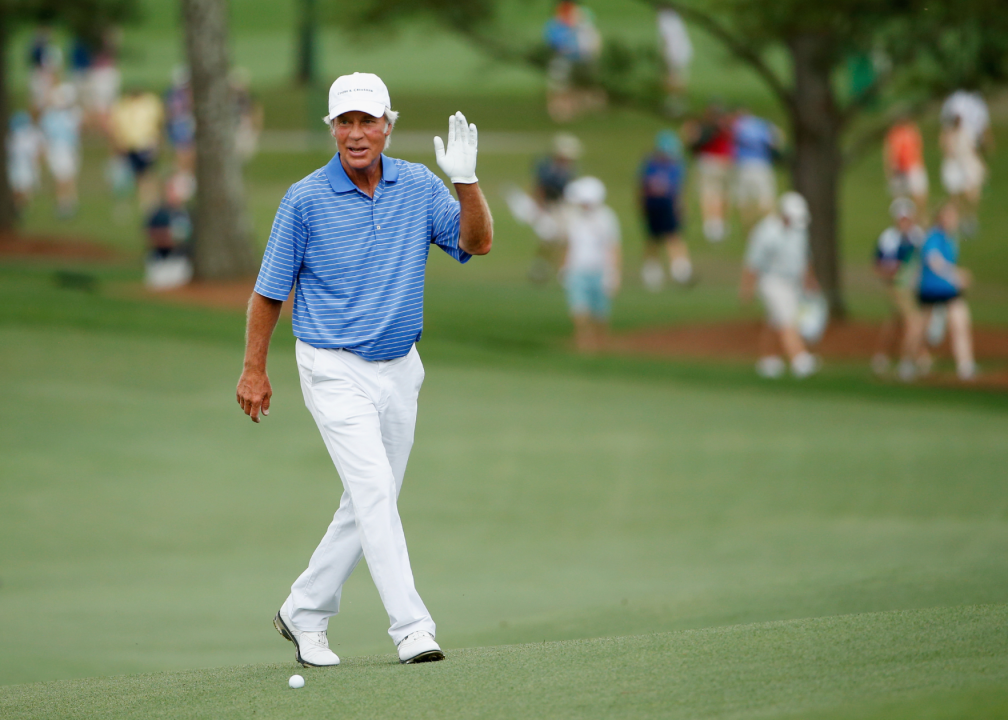 Ben Crenshaw shot onto the golf scene in 1973, becoming only the second player in history to win in his professional tournament debut. It wasn’t until 11 years later, though, that he earned his first green jacket, beating out Tom Watson and avenging his second place finish to Seve Ballesteros the year before.

Crenshaw’s second Masters title took an additional 11 years to capture, as he won in 1995. It turned out the be the last PGA Tour event he would ever finish on top, but he made it memorable, dedicating the victory to his late great teacher Harvey Penick, who died the week before. 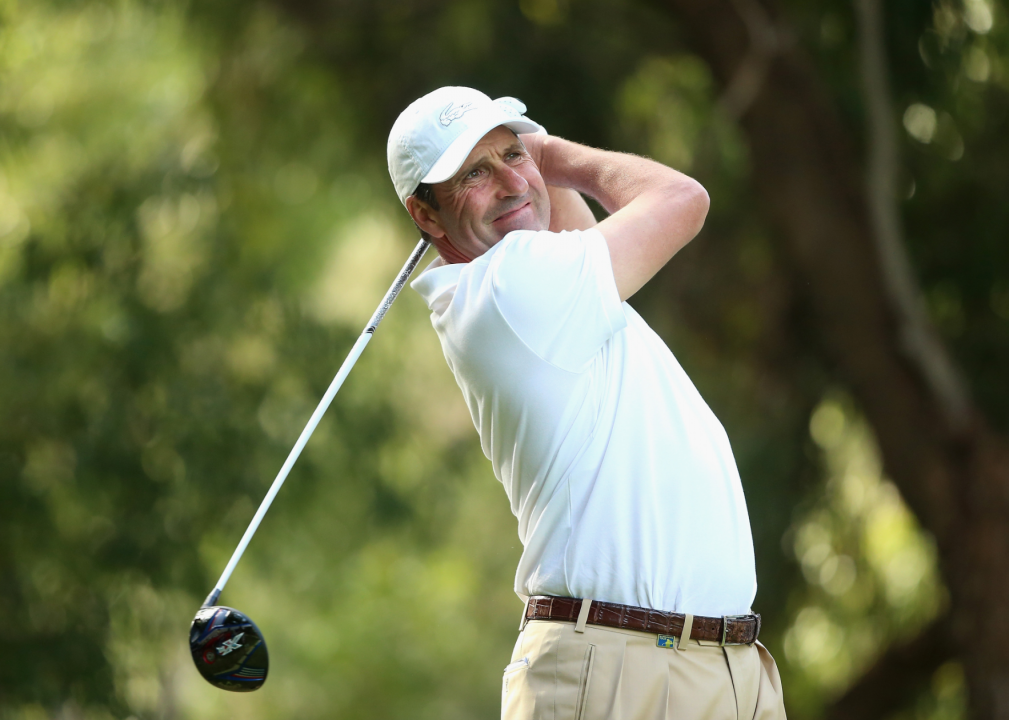 Along with Seve Ballesteros and Sergio García, José María Olazábal is one of the best Spanish-born golfers to ever play, carding 23 wins in Europe and two Masters championships. His first Masters win came in 1994, when he outplayed Tom Lehman in the final group. His second was in 1999, beating playing partner Greg Norman, who experienced another Masters letdown. Olazábal was always a mainstay on the European Ryder Cup team, often partnering with Ballesteros and García, and he captained the 2012 team, which had the greatest Ryder Cup comeback of all time. 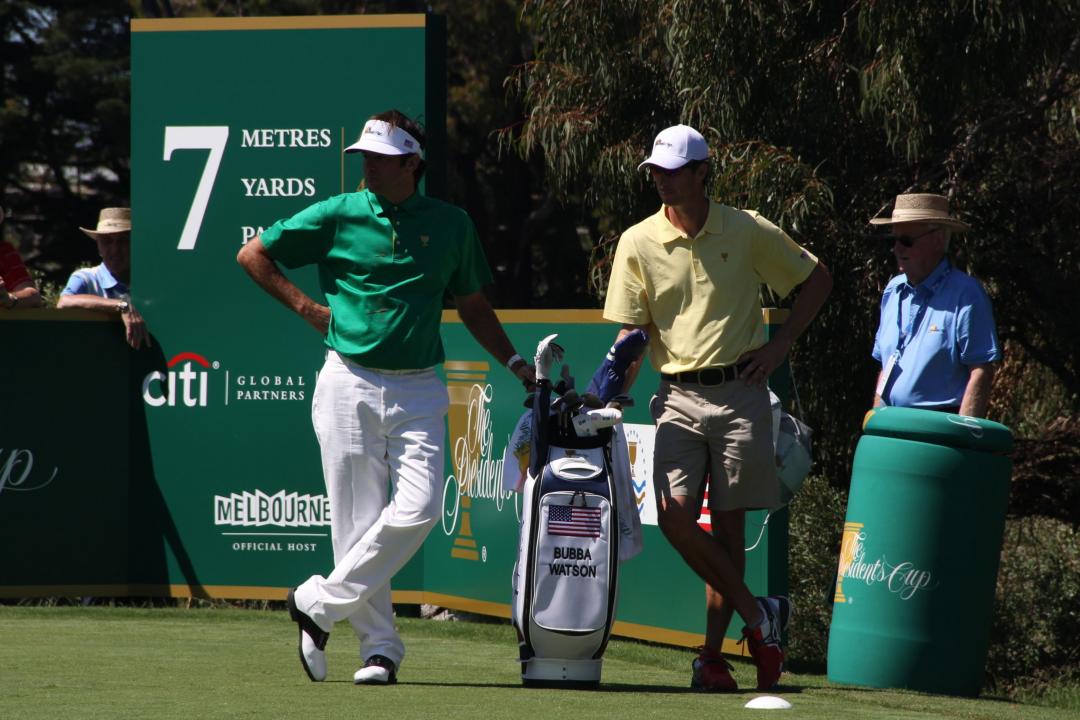 Gerry Lester “Bubba” Watson Jr. is one of the more eccentric players on tour. He often plays with a pink or green golf ball. He hits with a shocking pink driver. Watson is also known for being a bit cantankerous on the course.

Despite all those quirks, there’s no denying his talent as this left-handed player has won 12 times on the PGA Tour, including twice at the Masters, in 2012 and 2014. The latter was also Watson’s best year on tour, as he elevated himself to #4 in the world rankings. 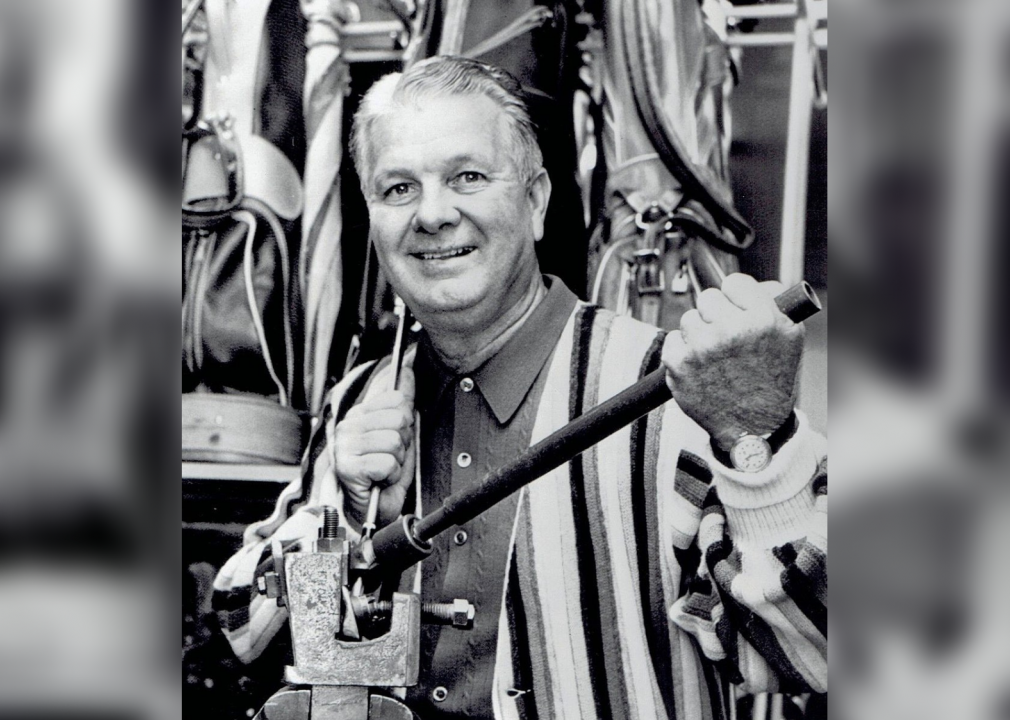 In a long career that spanned more than 20 years, Jimmy Demaret holds the distinction of being the first three-time winner of the Masters. Winning in 1940, 1947, and 1950, Demaret had to fend off all-time greats like Byron Nelson, Ben Hogan, and Sam Snead, respectively. Demaret ultimately won 31 PGA events and enjoyed a second career as a golf broadcaster in the 1960s. 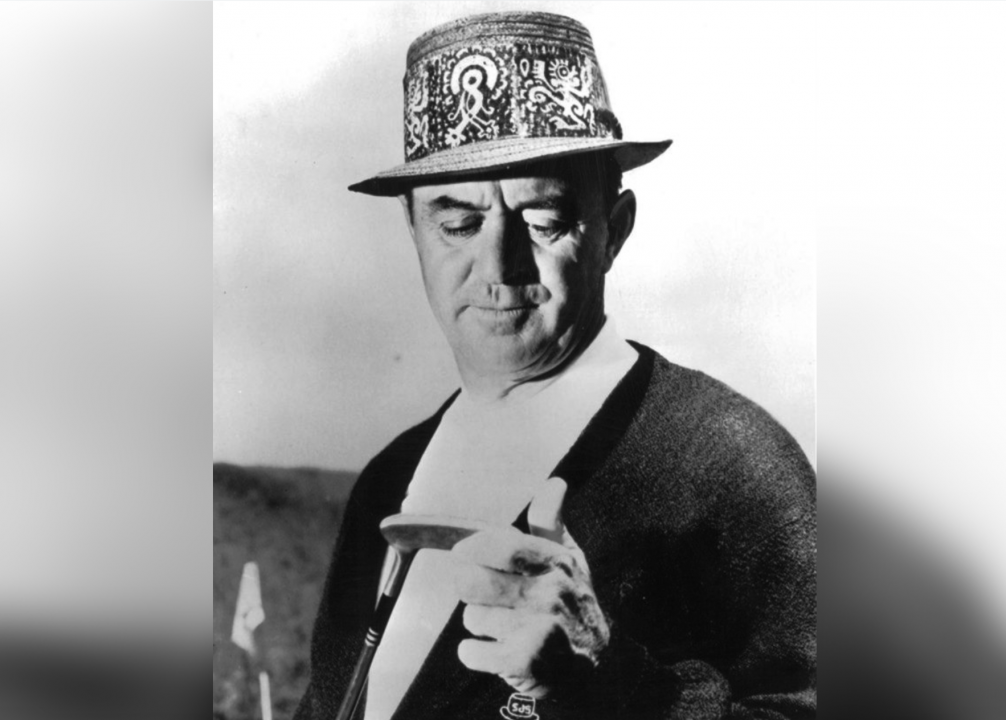 The greatest winner in the history of golf? It’s not Tiger Woods. It’s not Jack Nicklaus. Sam Snead won a record 82 PGA titles (Woods has 80, Nicklaus 73), including seven majors with three Masters. Snead’s first Masters win in 1949 also coincides with the first year the tournament handed out the green jacket to winners. In addition to his record amount of titles, Snead also holds the record for oldest player to win a PGA event when he won the Greater Greensboro Open at the age of 52. 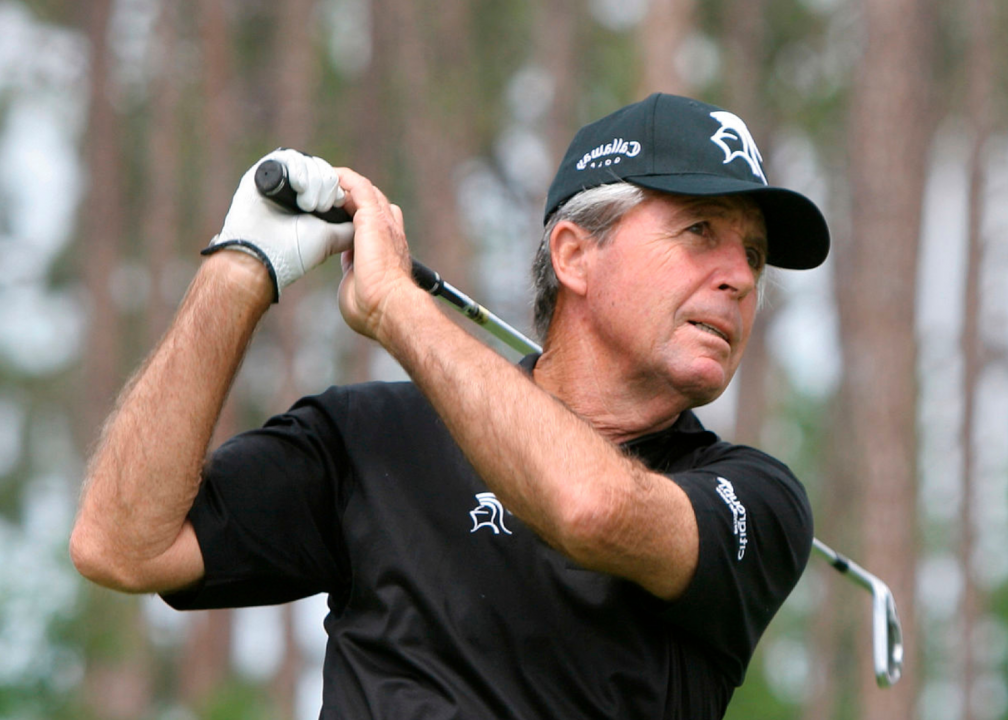 South African-born Gary Player is rightfully known for his nine major championships and countless other wins on the PGA Tour and around the world. Winner of the Masters in 1961, 1974, and 1978, Player was the first non-American to win the event, beating out Arnold Palmer. Off the course, Player is regarded as a fitness guru, and was the oldest athlete to show all in ESPN Magazine’s annual body issue. 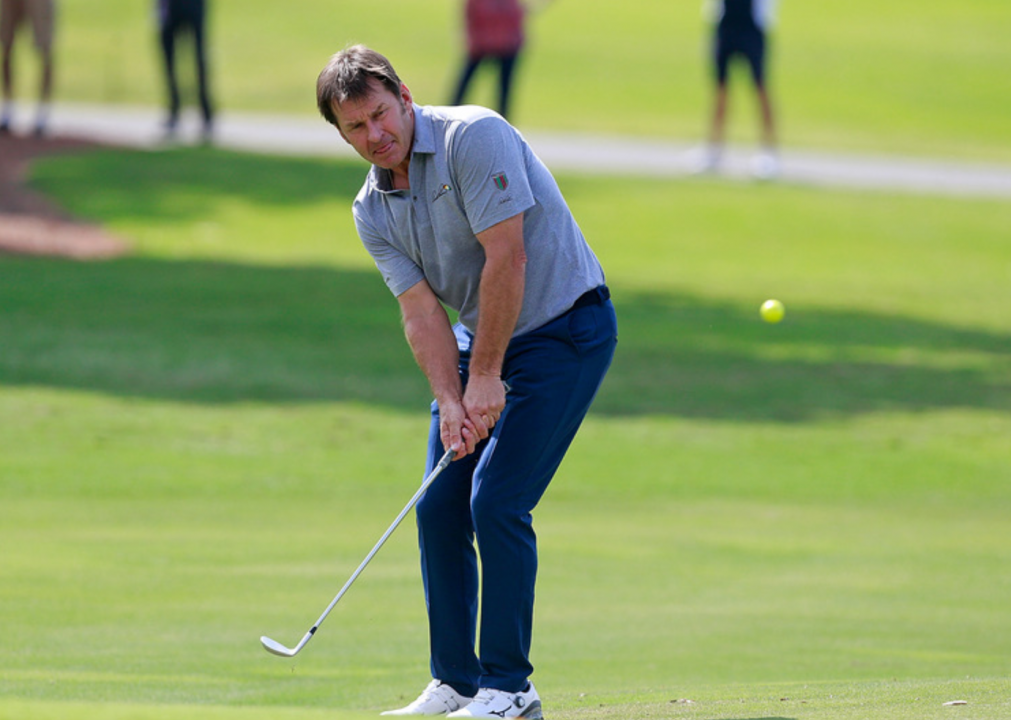 English champion Nick Faldo may be more familiar to fans today as a commentator during major golf events. But in his prime, Faldo was considered the best golfer in the world and held the #1 ranking for nearly 100 weeks of his career. In all, Faldo won six major championships, including three at the Masters. Faldo won back-to-back Masters in 1989 and 1990, making him the second player to ever achieve the feat (first was Jack Nicklaus, and since Tiger Woods).

His Masters win in 1996 is also the greatest come-from-behind victory, thanks for Greg Norman’s infamous collapse down the leaderboard. Going into the final round, Faldo trailed Norman by six strokes and ended up winning by five, as Norman shot 78 to Faldo’s 67. 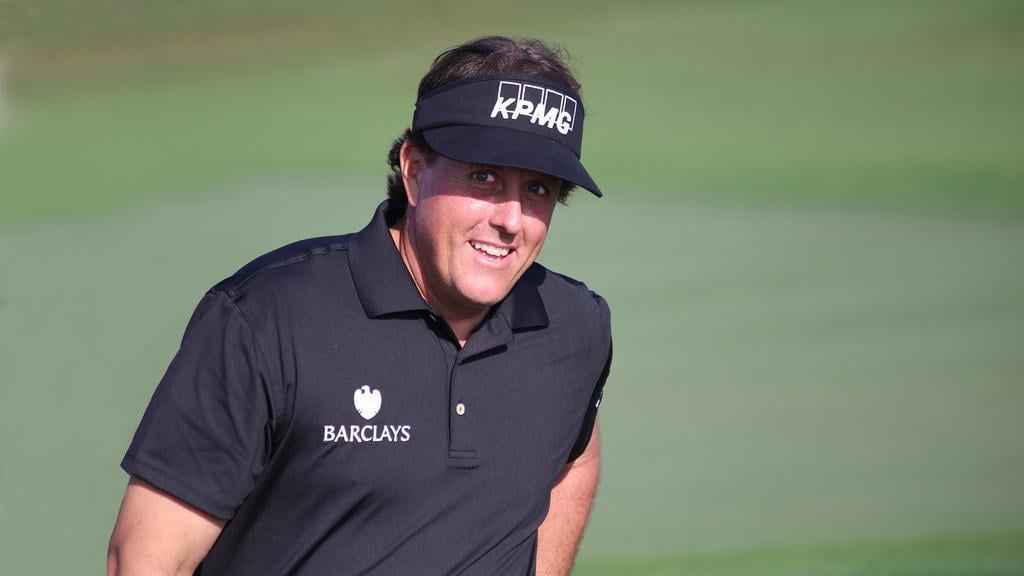 Often considered one of the best golfers ever, it actually took Phil Mickelson a long time to claim his first major. After 12 years on tour, Mickelson finally broke through with the 2004 Masters, beating Ernie Els by a single stroke.

Following up on the success, Mickelson claimed two more Masters titles in 2006 and 2010, added a PGA Championship in 2005, and The Open Championship in 2013. The U.S. Open has eluded him, however, with Mickelson finishing in second place six times. In addition to majors, Mickelson has won 44 PGA events, though surprisingly has never held the #1 ranking in the world. 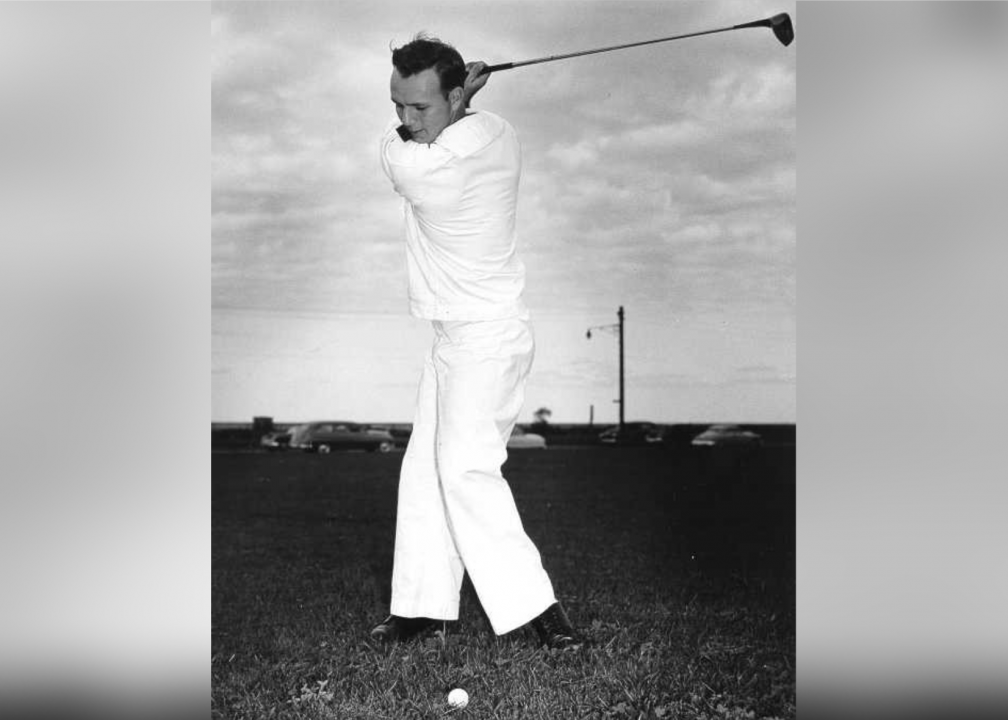 He may not be considered the best golfer ever (though it’s close), but he’s probably the most popular. Arnold Palmer was the first golfer to win four Masters tournaments, taking the green jacket in 1958, 1960, 1962, and 1964, and trading off with Gary Player and Jack Nicklaus in the intervening years.

Palmer won seven major titles and 62 PGA events, putting him at fifth all-time. Off the course, Palmer was a bonafide superstar and generally considered the father of modern sports marketing, making millions more with products then he ever did on the links. 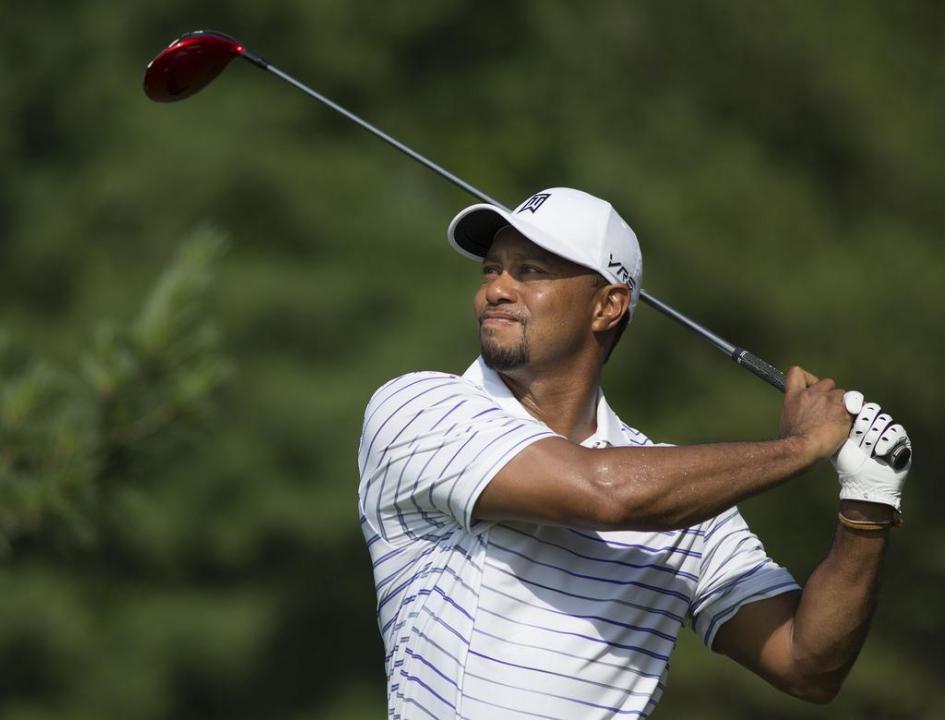 Tiger Woods holds so many records and distinctions that it would be impossible to summarize here. But the four-time Masters winner was the youngest to ever win the green jacket. He holds the record for lowest four-round total at Augusta (tied with Jordan Spieth), and he holds the record for largest margin of victory (12 strokes in 1997).

Overall, Woods has won 80 PGA events, second only to Sam Snead; 14 majors, second to Jack Nicklaus; plus an additional 40 European Tour events, only behind Bernhard Langer and Seve Ballesteros. It’s safe to say that Woods is firmly implanted on the Mount Rushmore of golf as well as being one of the highest paid athletes. 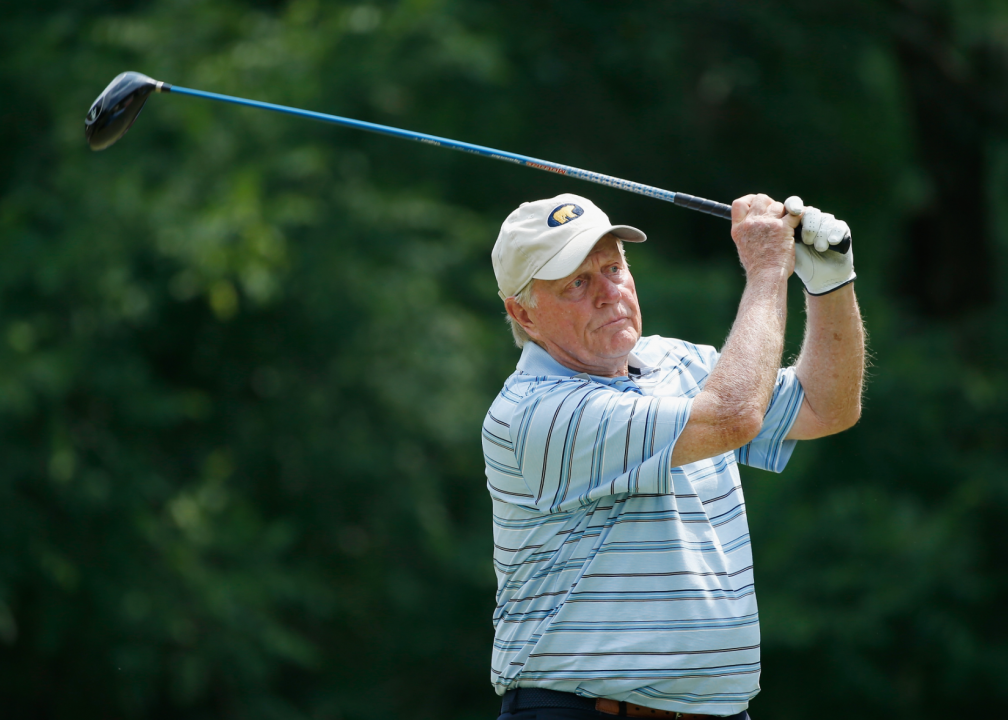 Nicknamed the Golden Bear, Jack Nicklaus is considered by many to be the greatest player to ever swing a golf club and has the numbers to prove it. At the Masters, Nicklaus is the only six-time winner and has four second place finishes.

In all, Nicklaus won 18 major championships came in second an astonishing 19 times, and finished in the top three 48 times. Overall, Nicklaus won 73 PGA events, was named PGA Player of the Year five times, and is the oldest player to even win a green jacket when he won in Augusta in 1986, at the age of 46.

This article was produced and syndicated by Stacker. 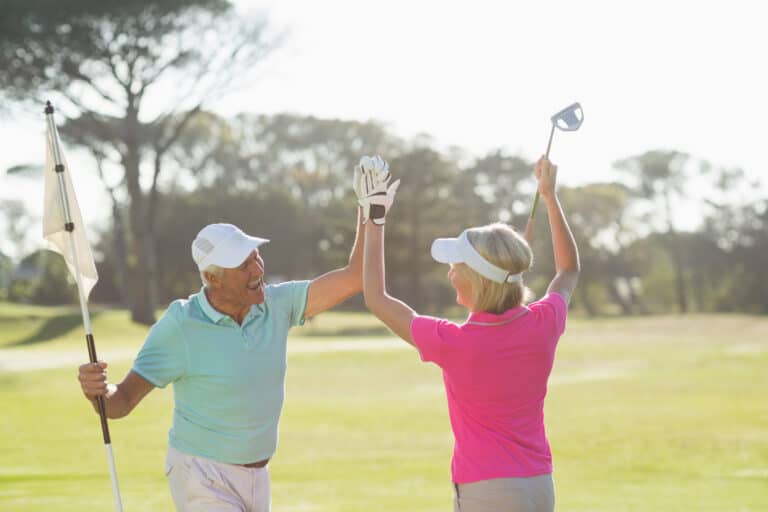 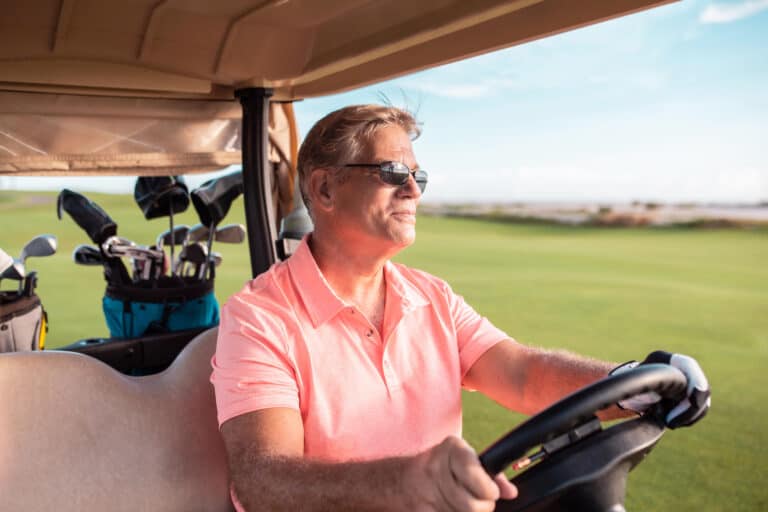 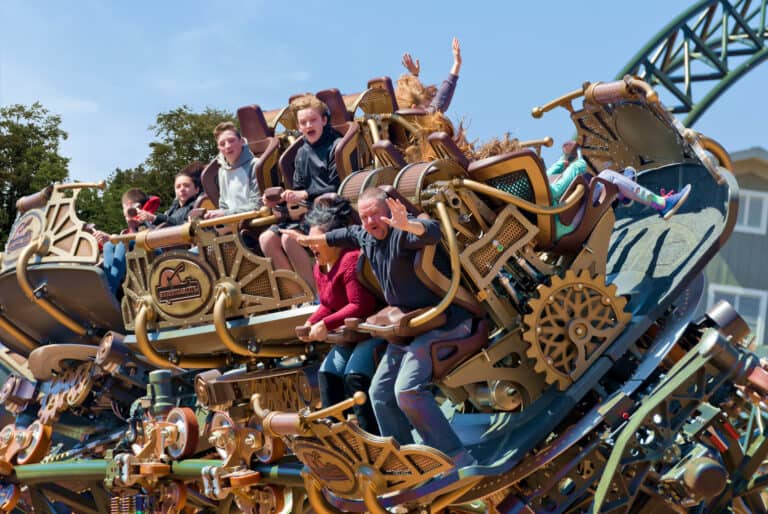 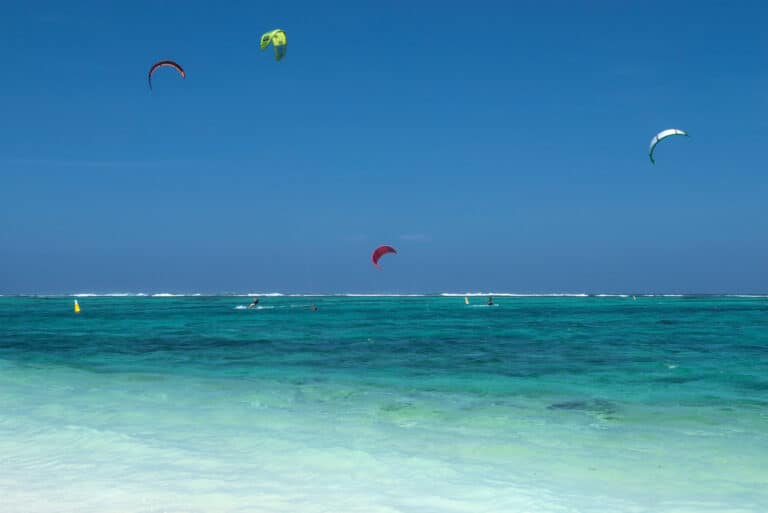 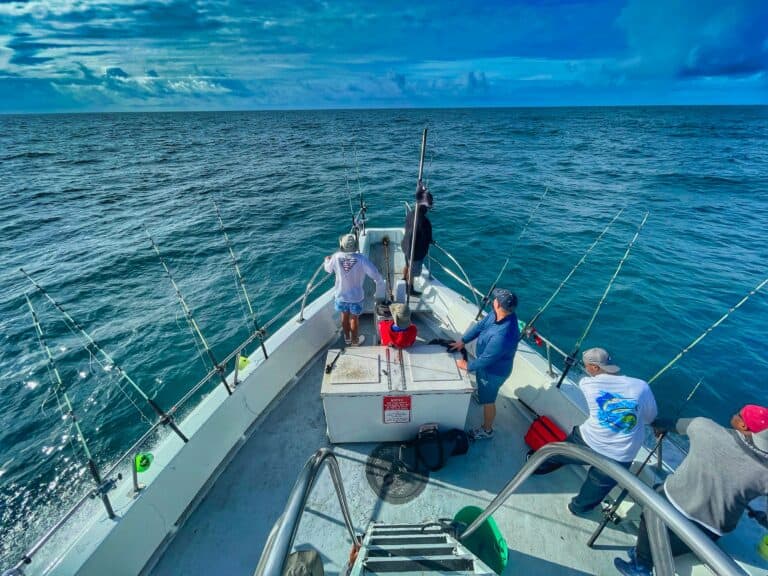 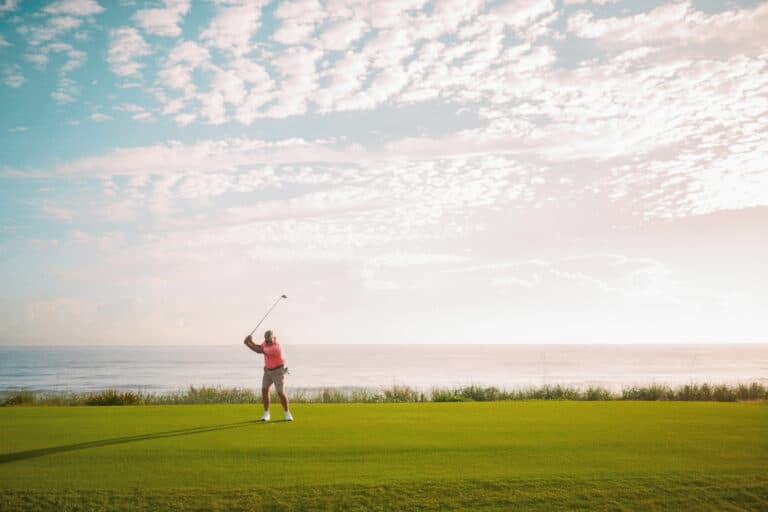