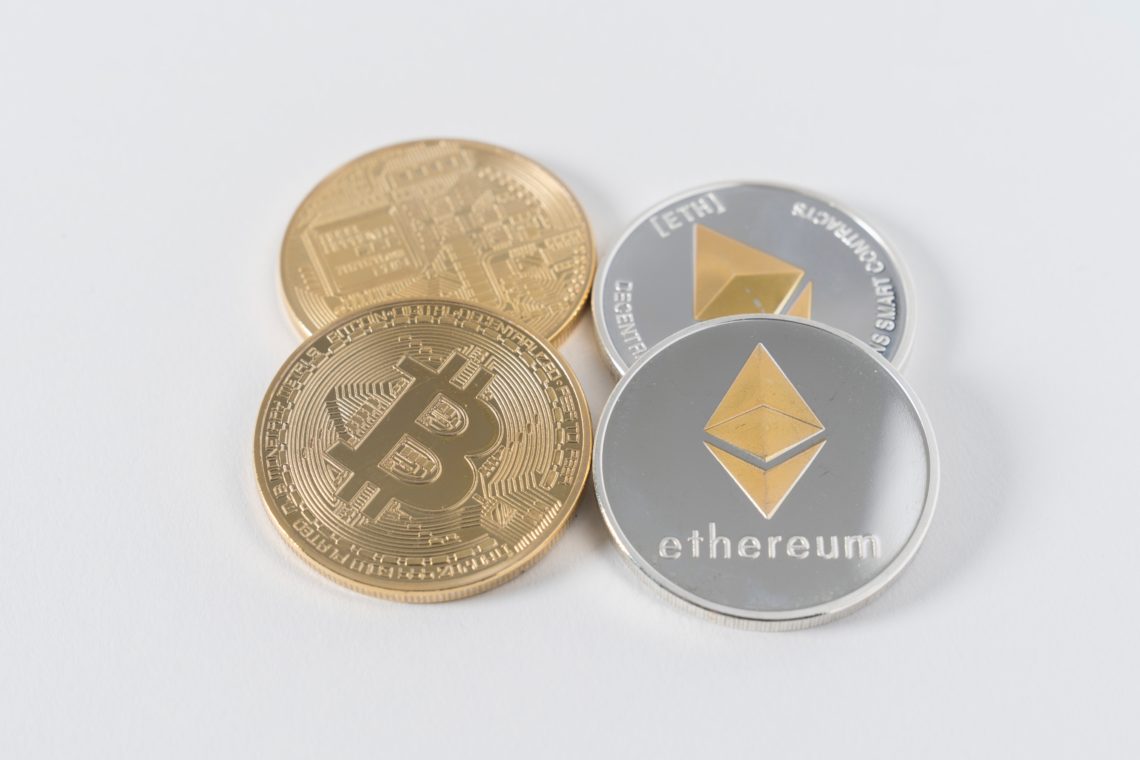 Cryptocurrency is so hot right now. Once the subject of very niche publications, it has turned mainstream. My techy husband is an early investor in this currency, and I’ll be honest, I used to roll my eyes at it. Inside my head instead of on the outside because I try to be a supportive partner. He’s continued to buy it during its price dips and is a believer in its long-term value and potential.

If you’re starting to warm up the idea, or perhaps hearing about it for the first time, the below guide from Tim Thomas is fantastic. He has generously allowed its syndication (You know like The Associated Press) to personal finance blogs so people can be educated on the topic. I’m excited to bring it here to Planner At Heart. Enjoy!

Where cryptocurrencies were once the reserve of tech nerds, these days, they’ve become so mainstream that your parents might be considering investing.

This news might strike excitement into the hearts of diehard crypto fans, but it also means there’s a rise in people who want to get in on the “hype” and invest in cryptocurrency without truly understanding how they work. Make sure you’re not one of them. I’ll outline 11 things that everyone should know before investing in Bitcoin and other cryptocurrencies, all updated for the crypto landscape of 2021.

1.They’re Based on Blockchain Technology

You don’t have to be an investor to have heard of blockchain technology. But would you be able to explain how it works? For most people, the answer to that question is no. In a nutshell, blockchain is the infrastructure that supports cryptocurrencies. It’s also decentralized, therefore offering an alternative to the traditional, centralized financial institutions. Instead of middlemen like banks ensuring our current and savings accounts remain secure, the blockchain forms an anonymous but public digital ledger of buys and sells — made up of blocks in a chain. Using sophisticated cryptographic protocols and incentive systems, the users themselves keep the infrastructure running without sacrificing security, anonymity, or efficiency. At least, that’s the theory.

If you’re thinking this sounds somewhat vague, that’s because the blockchain works differently for each cryptocurrency. For instance, on Bitcoin, users “mine” new blocks: they search for the right cryptographic combination to verify a transaction, which helps to form the blockchain and results in a reward of Bitcoin for the “miners.”In contrast, many other cryptocurrency systems use staking, which involves users placing their assets down to verify a transaction, with the possibility of receiving a portion of transaction fees.

2.You can Break Them up into Smaller Pieces

As you might have heard, in U.S dollar terms, many cryptocurrencies are worth a lot — even when the value of Bitcoin dropped significantly in 2019, it didn’t go below $3,000.That’s not exactly very practical for buying a coffee or even a new phone. It’s also not useful for investors who’d prefer investing in cryptocurrency similarly to a fractional stock rather than a whole Bitcoin. Fortunately, just like U.S dollars can be split into cents and British pounds can be divided into pennies, Bitcoin breaks down into units. The smallest of these is a Satoshi (named after Bitcoin’s founder, Satoshi Nakamoto), worth 0.00000001 of one Bitcoin. A few other units, including the millibitcoins (0.001 of one Bitcoin) and microbitcoins (0.000001 of one Bitcoin). Similar systems exist for other cryptocurrency options, too. So, despite the recent price gains in Bitcoin and others, ordinary folks are not ‘locked out’ and can still invest smaller amounts in the crypto market.

For an asset to be valuable, it must be scarce — or at least difficult to obtain. That’s why oil is worth more than dirt. It’s also (one of the reasons) why the government can’t just print as much money as it wants and hand it out to citizens. So, the makers of cryptocurrency had to recreate this feature in the digital world. If unlimited amounts of Bitcoin were available and ready for the taking, it would be hard to justify one single Bitcoin being worth thousands of U.S dollars. The supply of Bitcoin is 21 million, with the number still available to mine decreasing each day. Some see this as a significant flaw in how the system works, so there’s speculation that more coins may have to be released. Naturally, not every cryptocurrency works quite like Bitcoin. However, almost all of them have some kind of financial or technological mechanism to limit how many are available or make coins difficult to obtain.

When we deposit money into an account with a financial institution, the bank knows exactly who we are. The same isn’t true when you’re investing in cryptocurrency. Let’s say you buy some ether from an exchange like Coinbase. You’ll then need to transfer that digital currency to a virtual wallet to store your investments (more on your options for this later). The company that hosts the wallet has no idea who you are. Instead, you use two 16-digit passwords (a public key and a private key). The public key is for sending money to the right person, while the private key is for confirming the trade. As our personal data is becoming more readily available to governments and a small number of corporations, this is becoming an increasingly important and popular perk.

5.Mass Adoption is Still Far Off

With investing in Bitcoin and other cryptocurrencies discussed so frequently, it can sometimes feel like we’re on the cusp of mass adoption, especially as major companies like Tesla are now accepting Bitcoin. While interest is growing, in reality, we’re still a long way off. Mass adoption means many, many more people are buying cryptocurrency and using it in their everyday life. When your grandparents give you your birthday present in the form of Bitcoin, that’s when we’ve reached mass adoption.

The volatility of the cryptocurrency market is a significant reason why we’re so far off mass adoption. On average, the price of Bitcoin fluctuates by around 2.67% each day. For many personal investors, this is way too much risk. Imagine eating at a restaurant and finding out your meal’s price had increased by the time you were billed! Just look at the graph of Bitcoin’s price over the last five years.

To avoid waking up in a cold sweat at night worrying about the price of your crypto investment, it’s prudent investing only (a small percentage of) what you can afford to lose. Many exchanges will accept stop-loss orders allowing investors to predefine how much you’re willing to lose and allowing you to sleep easy at night.

7.Portfolio Diversification is a Must

Just because investing in cryptocurrencies means using the Blockchain rather than fiat money, it doesn’t mean that personal finance’s usual principles just go out the window. As with conventional investing, if you want to build future wealth, you have to diversify. That means investing only a small percentage of your total wealth into cryptocurrency. Additionally, it also means spreading your investment across multiple investments. Why not invest the rest in property or other new technologies such as 5G via the stock market?

8.Costs Can be High

Since cryptocurrencies are thought of as alternatives to traditional financial institutions, you’d be forgiven for thinking costs are lower. But while this is the hope for the future, it’s most often not the case right now. Currently, it’s more expensive to buy and sell on a crypto exchange than to buy an asset on, say, the New York stock exchange. Why? Fees are charged and distributed to users for helping to maintain the exchanges.

9.They all Have Different Use Cases

Although “currency” is the most popular term, “digital assets” are more accurate. Bitcoin rose to fame as an alternative to physical money, and the image of people trying to use it to buy pizza has remained ingrained in many of our minds. In reality, many of the “coins” aren’t primarily made to be a currency (or rather, a medium of exchange). The crypto world is about tech as well, not just finance! For instance, Ethereum aims to establish a platform for applications using smart contracts, and its native coin ether (ETH) fuels this. ETH can be traded, held in a wallet, and used for purchases and sales, but it wasn’t developed solely to be a currency and nothing else. Similarly, EOS is a smart contract platform trying to help decentralized apps match non-blockchains apps. Other cryptocurrencies have use cases like gambling and entertainment. However, since developing a trading strategy for cryptocurrencies has become so popular, you could argue that their primary use case is as a speculative asset.

10.There are Various Types

Although “digital assets” is a more accurate category for all cryptocurrencies, we can be more precise than that. There are four main types of cryptocurrencies: cryptocurrencies, altcoins, forks, and tokens. By now, you should know that cryptocurrencies are digital currencies made using cryptographic protocols (digital codes). Bitcoin is an obvious example. Although it technically wasn’t the very first cryptocurrency, it was the first to be decentralized. Litecoin is another cryptocurrency — it’s based on the source code of Bitcoin and aims to make transactions cheaper and more efficient. But what about the other types I’ve outlined? Altcoins are cryptocurrencies designed as alternatives to Bitcoin. Whereas Litecoin and ETH work with Bitcoin and don’t intend to replace it entirely, altcoins do. Stellar is an example of an altcoin, and its function is to enable a network of financial systems for sending and trading all kinds of currencies. You can’t have altcoins without forks, which change an existing crypto protocol to make room for an altcoin. For example, Bitcoin Cash is a fork of Bitcoin because it enables more trades per block, speeding up the slow transaction speeds of Bitcoin. Then there are tokens: a general term for assets created on crypto platforms, which perform a specific function that isn’t necessarily being a currency. Many crypto platforms have both currencies and tokens. For instance, on Ethereum, there’s both the currency ETH (used for transactions) and ERC-20 tokens (used for smart contracts).

11.There are Different Ways to Store Them

I’ve already said that you can store your cryptocurrency in a virtual wallet, but it gets more complicated than that. You can either hold your investment in a cold or hot wallet (or both).Hot wallets are located on the internet so that you can access them from anywhere. For instance, the exchange Coinbase has its own cloud wallet.In contrast, cold wallets hold cryptocurrency offline in hardware like USB. If you lose that USB, you have no way of accessing your account or investment.There’s a tradeoff between security and convenience here.

Should I Invest in Cryptocurrency?

Well, it’s over to you now! These considerations are just a starting point for your crypto investment in 2021. Whether you’ve concluded this a future investment avenue for you or the risk is too high, that’s your call. But remember, I’ve only really scratched the surface of the considerations behind crypto investing here. Before you go ahead and invest in cryptocurrency, I recommend doing your research on the specific digital asset(s) you’re interested in, know the volatility and the amount of risk you’re taking.

This article originally appeared on Your Money Geek and is reprinted with permission. 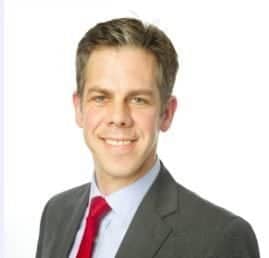 Tim Thomas was born in Guildford and now lives near Southampton, the UK with his family. Tim started his career in the financial markets and has traded and invested in stocks, options, forex, futures, crypto, and real estate for over 20 years. His website, https://timthomas.co/, is dedicated to teaching swing trading strategies for profits, helping traders reach their wealth and financial freedom goals. 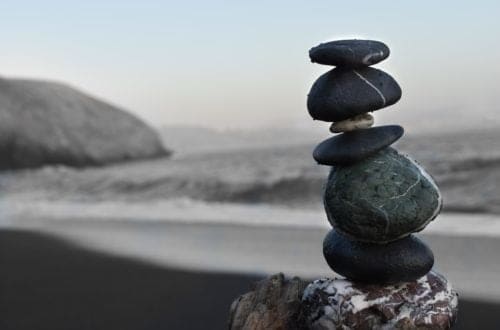 How Do You Go After a Unique Side Hustle To Start Making Money ASAP? 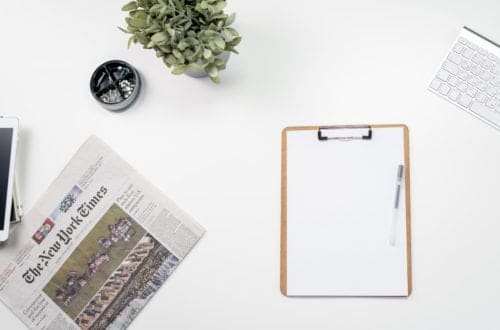