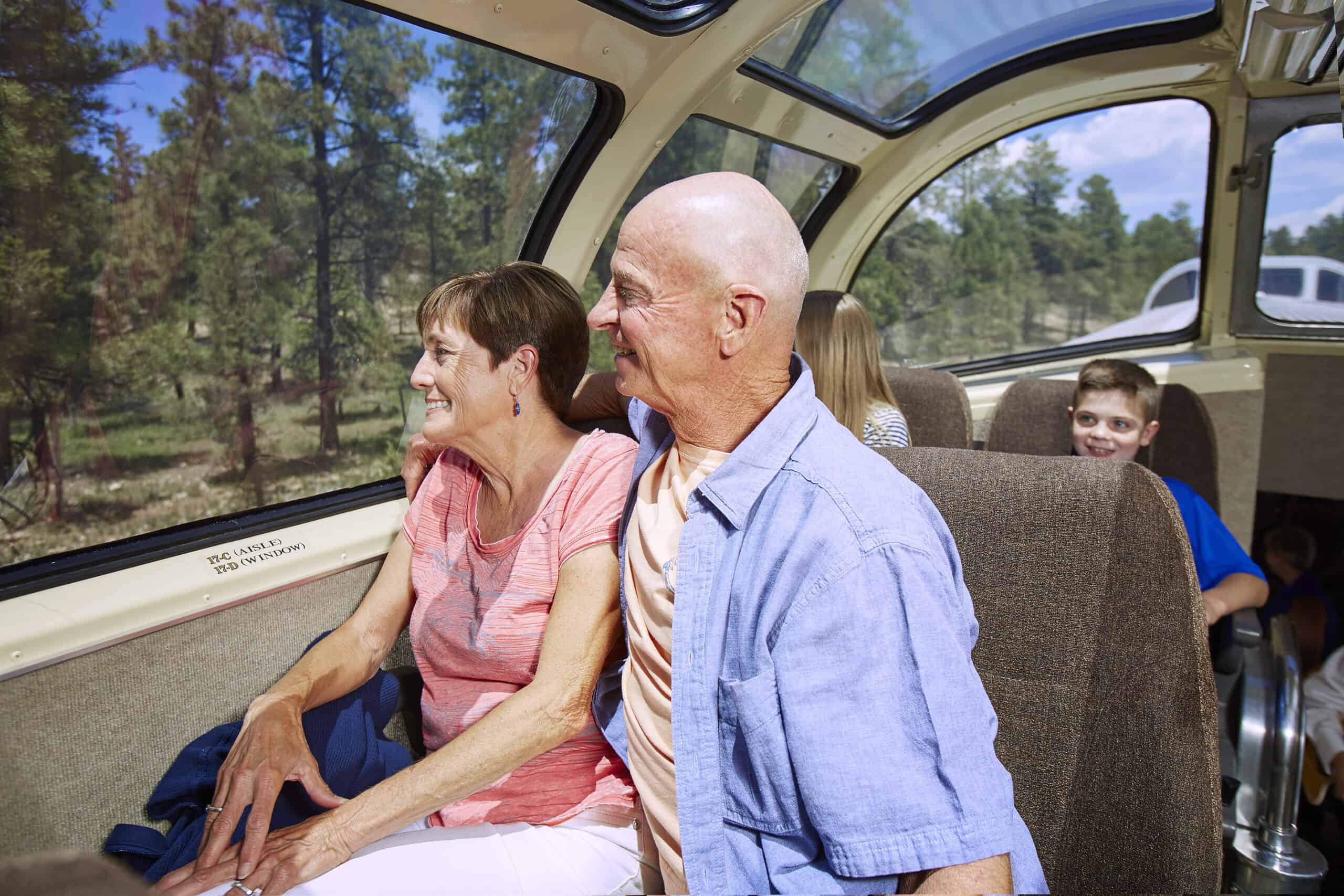 Las Vegas to Grand Canyon: How to Get There and 7 Things to do Along the Way

There are also plenty of great things to see along the way. Remember, it’s not just about the destination, but the journey. Here’s how to get from Las Vegas to the Grand Canyon and some fantastic sites worth stopping for along the way.

Getting from Las Vegas to the Grand Canyon

There are four main options for traveling from Las Vegas to the Grand Canyon and the one you choose will depend on your budget, the time you have available, and your desired involvement in planning the trip.

For simplicity’s sake, we’ll primarily be discussing routes and modes to get to the South Rim of the canyon, which is the most popular and has the most things to do and see. The South Rim is especially recommended for first-time visitors because it features the expansive views most often seen in media portraying the Grand Canyon.

Las Vegas to Grand Canyon by car is probably the most used method because it combines affordability and flexibility.

Renting a car is relatively easy and affordable in Las Vegas, making it simple for international travelers and other out-of-towners to get to the Grand Canyon without spending a fortune.

Driving to the canyon also allows the flexibility to stop at other interesting sites along the way. You could even make a road trip out of it and spend a few days traveling from Las Vegas to the Grand Canyon. If you have your vehicle, the trip becomes even more affordable.

Best Route for Driving to the South Rim

Directions from Las Vegas to Grand Canyon – 281 Miles and Between 4 and 4.5 Hours

For those that want to go on the cheap, it is possible to get from Las Vegas to the Grand Canyon using public transportation. There are a couple possible options for taking the trip that involve buses or buses and a train.

The first option involves taking a Greyhound bus from Las Vegas to Flagstaff, Arizona. Thursday through Monday, the bus leaves Las Vegas at 7:15am and arrives in Flagstaff around 1:40pm for a travel time of about 5 hours and 25 minutes. Costs for this leg of the journey range from about $30 to $60, depending on the day and fare you choose.

Once in Flagstaff, you can take a shuttle bus to the Grand Canyon. The shuttle stops at several locations inside the park. This will be the most direct of the two public transportation options.

The second option involves taking a train from Williams, Arizona. You’ll need to start by taking the Greyhound bus from Las Vegas to Flagstaff. You can reach Williams via the Grand Canyon shuttle bus in Flagstaff mentioned above, or you could take an Uber or Lyft. Once in Williams, you take a 2-hour train ride to the South Rim on the Grand Canyon Railway. The railway offers a variety of railcar and ticket options for almost any type of passenger.

This is the most indirect route to the Grand Canyon from Las Vegas but may be worth the journey for train enthusiasts or those wanting to see as much of the canyon as possible via public transportation. While this option will take some planning and flexibility, the adventure could be worth it.

It’s also worth noting that those traveling by car could choose to drive to Williams and take the train ride to the South Rim if trains are their thing.

For those who prefer a more hands-off approach, there are plenty of options to take a Las Vegas to Grand Canyon trip by tour bus. While many companies provide bus tours, one of the most well-known and highly rated is the Grand Canyon National Park Bus Tour. This tour is an all-day experience that takes you from the Las Vegas Strip to the South Rim via motorcoach, complete with onboard restrooms.

Once at the South Rim, the bus tour stops at iconic Mather Point and the Bright Angel Lodge. You’ll also be able to see attractions such as El Tovar, Hopi House, and the Bright Angel Trail. Along the tour, your driver will regale you with interesting facts about the history of the area, as well as the plant and animal species that inhabit the region.

Your tour includes bottled water, snacks, lunch, and all taxes and fees are included (aside from gratuity). Fares start at $105 per person and tours depart at 6am daily. You can expect to be back in Las Vegas around 10pm.

Las Vegas to Grand Canyon by Plane or Helicopter Tour

If you have a hefty budget and a sense of adventure, the fastest (and most expensive) way to get from Las Vegas to the Grand Canyon is by plane or helicopter.

There are so many different tour options when it comes to getting from Las Vegas to the Grand Canyon by plane or helicopter that we won’t be discussing them all. However, the most well-known company performing these tours is Papillion, and they offer a range of Las Vegas to Grand Canyon tours.

Although the specifics of the journey will depend on which tour you choose, most plane and helicopter tours of the Grand Canyon originating in Vegas focus primarily on the West Rim. However, helicopter tours also operate out of the popular and crowded South Rim targeted to tourists already on site.

So, if you want to take a helicopter tour at the South Rim like I did with my grandma in 2014, it is possible, you just won’t be able to fly directly from Las Vegas. Having said that, the tours of the West Rim are also spectacular, and many allow you to combine the tour with other adventures such as rafting, landing inside the canyon, and sunset tours.

No matter which option you choose, almost all Las Vegas to Grand Canyon tours by air also include flyovers of the Hoover Dam and Lake Mead and will cost you several hundred dollars per person.

7 Things to Do Along the Way

Sloan Canyon National Conservation Area is a roughly 50,000-acre area of land south of Las Vegas. The site is known for its extensive petroglyph collection with over 300 rock art panels and close to 1,700 designs representing native cultures dating back thousands of years. Additionally, the McCollough Wilderness area contains lava flows, ash falls, and glassy zones just a short hike in.

No journey from Las Vegas to the Grand Canyon is complete without at least a brief stop at Lake Mead. Our nation’s first and largest recreation area, Lake Mead was created with the building of the Hoover Dam. Visitors can enjoy fishing, swimming, boating, hiking, camping, and day visitors can enjoy a Visitor Center and several beaches.

You could also choose to drive around the lake if you have time. Be on the lookout for the “bathtub ring” of lighter-colored rock that shows where the water line used to be and how much the lake has shrunk due to global warming and lack of rain.

One of the most iconic projects to come out of the New Deal, the Hoover Dam helps provide power to much of the Southwest and California. It took nearly 5 years to build and held the record for the largest dam for many years.

Take a pit stop at the Hoover Dam and learn about its history and the men who built it at the Visitor Center. You can also take tours to learn more about how the dam operates.

Just after crossing into Arizona, you’ll have the opportunity to take a short detour to the oldest mining town in Arizona, Chloride. Chloride is now considered a ghost town but is still quite active. The Chloride Historical Society maintains many of the buildings and mock gunfights are held regularly. There are also several full-time residents and an RV park for visitors.

You’ll have to take a bit of a detour to reach this next destination, but if you’re a cave enthusiast then it’s well worth it. The Grand Canyon Caverns are just off Historic Route 66 near Peach Springs, Arizona. Located 210 feet below ground, they are some of the largest dry caverns in the U.S., and due to the lack of water, the stalagmites and stalactites cave-goers are accustomed to seeing are rare.

There are a range of tours available that take anywhere from 45 minutes to several hours.

Seligman is a small town located just a short detour off I-40 and is notable as the birthplace of Route 66. A stop in Seligman will take you back in time with its neon signs, diners, and classic cars. Pixar fans and families will also want to make a pit stop in Seligman because it served as the story and topography inspiration for Radiator Springs in the 2006 smash movie Cars.

Before you head north for the final leg of your journey to the Grand Canyon, consider stopping into Williams. Williams touts itself as the Gateway to the Grand Canyon and retains that old-town charm as part of the string of stops along Route 66. While you’ll feel like you stepped back in time, there are plenty of great things to do besides feeling nostalgia. Fly on the Route 66 Zipline or visit Bearizona Wildlife Park if you have some time.

Tawnya is a 34-year-old Special Education teacher in the sixth year of her career. Along with her partner, Sebastian, she runs the blog Money Saved is Money Earned. Tawnya has worked extremely hard to reach her goals and remain debt-free. She holds an Honors BS in Psychology from Oregon State University and an MS in Special Education from Portland State University and has had a pretty successful writing career, first as a writing tutor at the Oregon State University Writing Center, and in recent years, as a freelance writer. Tawnya and Sebastian have a wealth of knowledge and information about personal finance, retirement, student loans, credit cards, and many other financial topics. It is this wealth of tips and tricks that they wish to pass on to others. 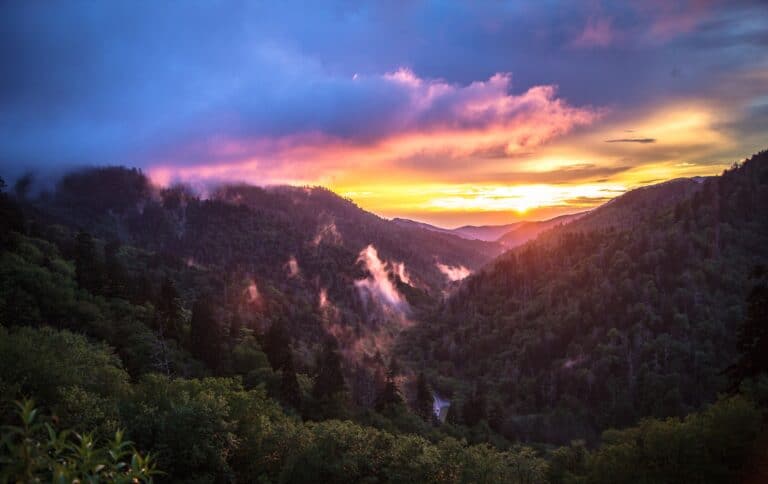 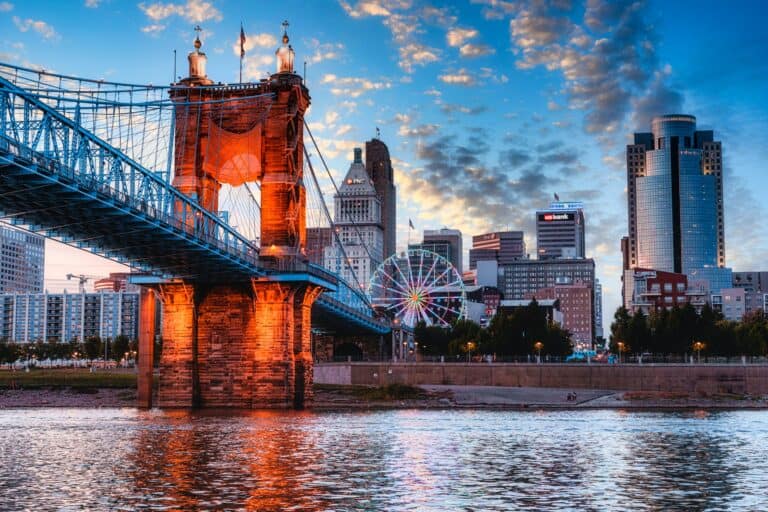 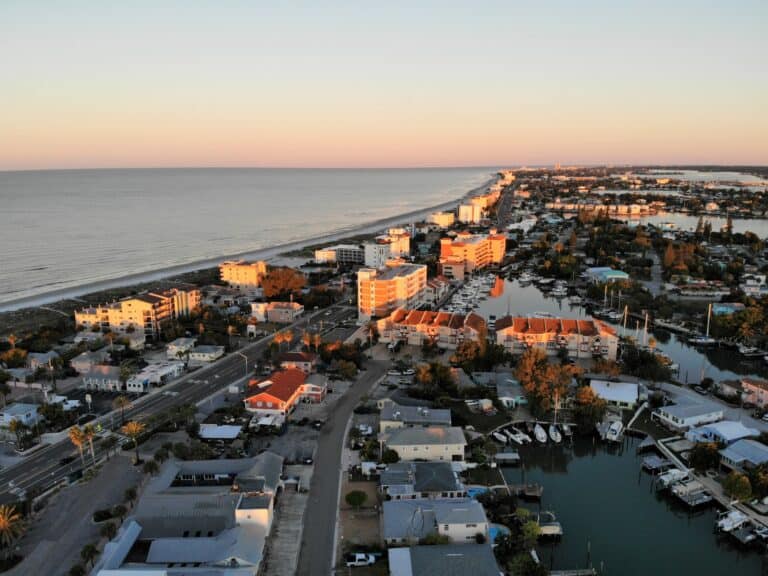 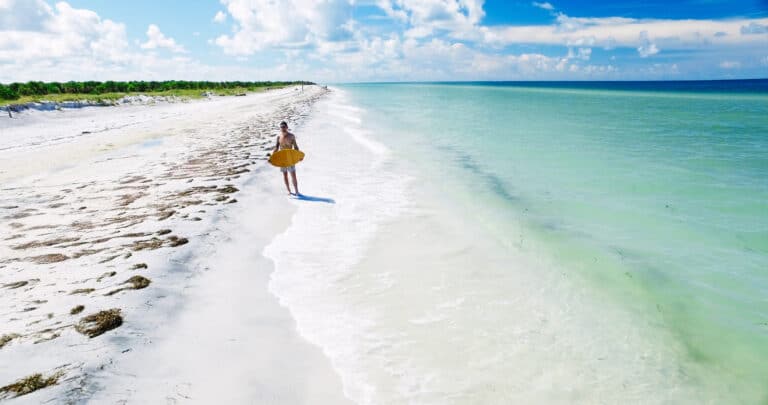 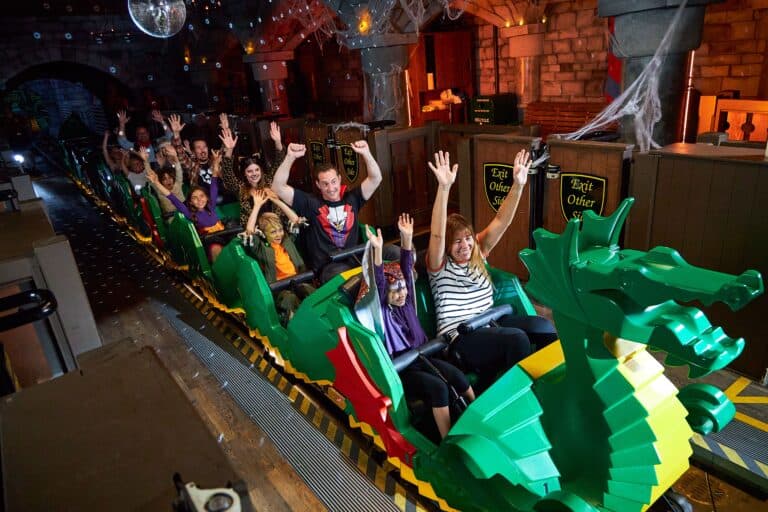 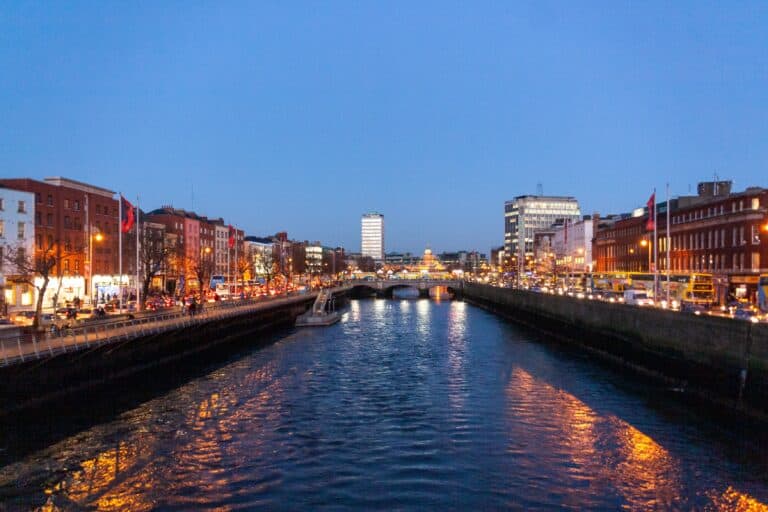 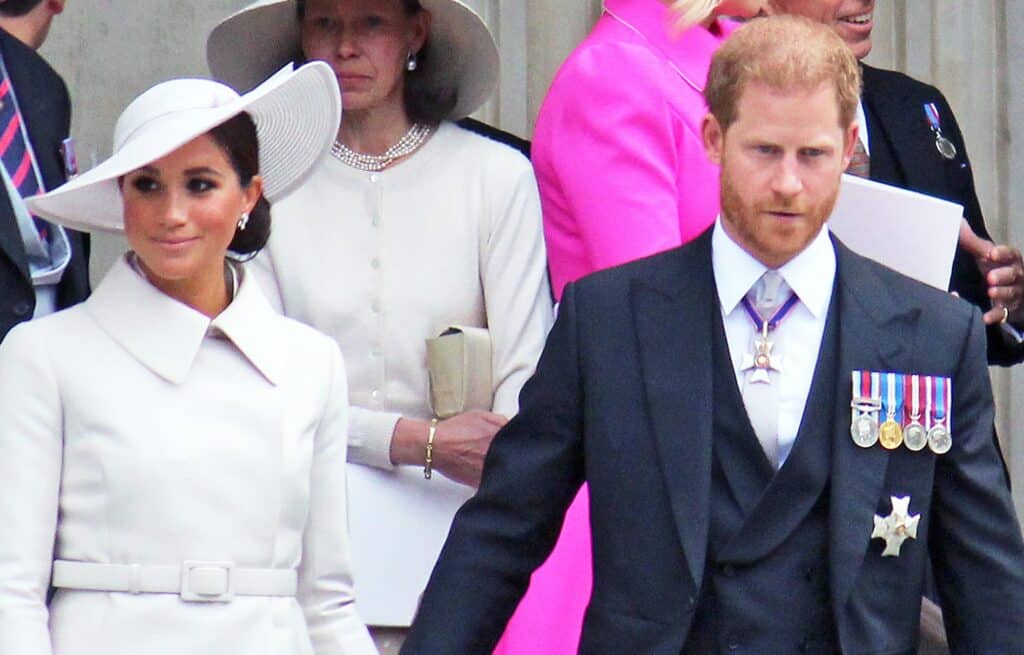