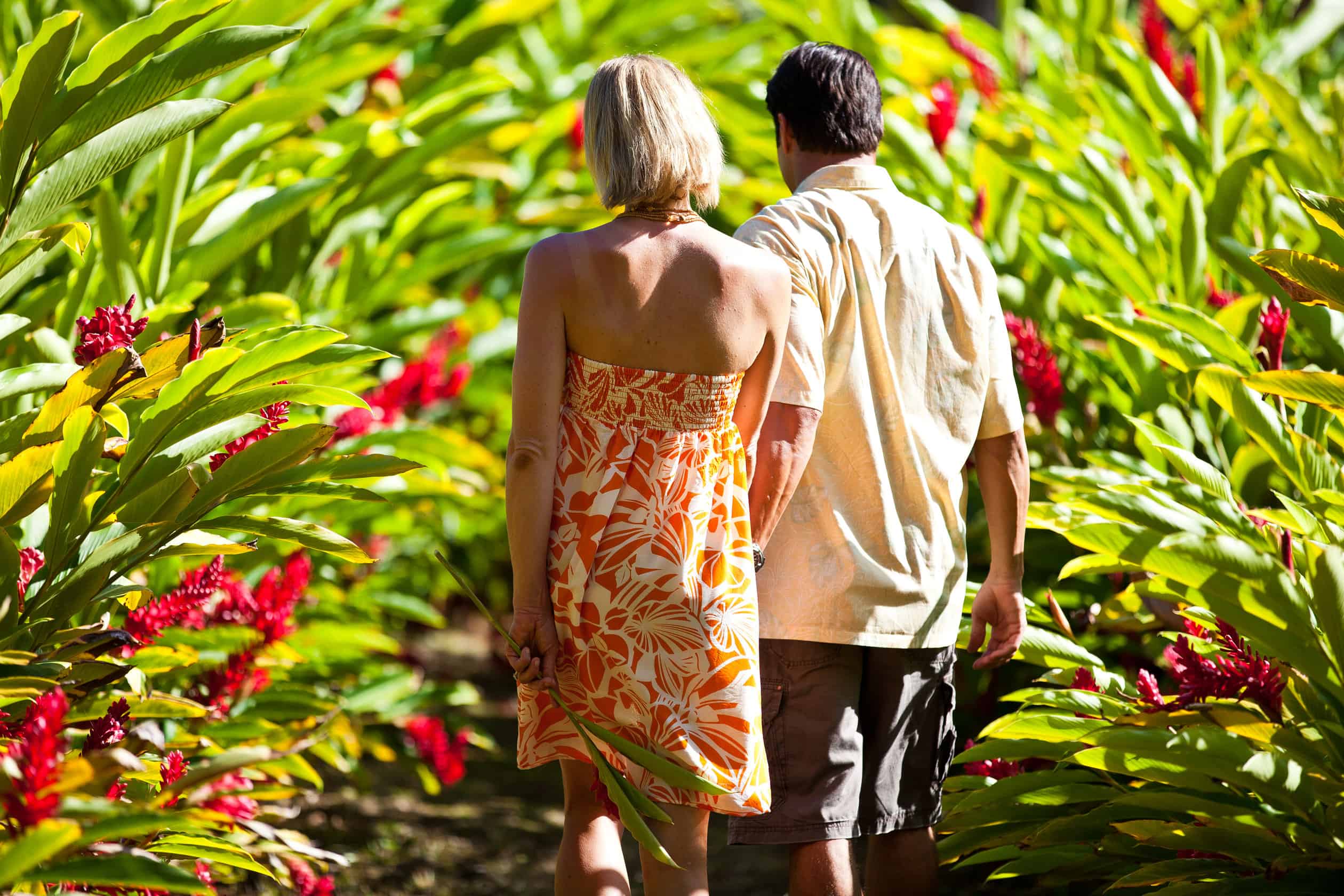 They don’t call Hawaii paradise just for its beaches. The whole place is magic.

With rainforests, volcanoes, waterfalls, and a whole island nicknamed The Garden Isle, you can’t help but rhapsodize at all the beauty of this special land. It titillates your senses at every turn too. The colors, flavors, smells, sounds, and scenery hold a unique and spellbinding allure that draws you in and doesn’t let you go. One of those pieces is part of the warm welcome visitors receive in the form of a lei.

So whether you want to read up before your next trip to Hawaii or grow a piece of its beauty back at home, read on to learn all about the 18 beautiful flowers of Hawaii.

Beautiful Native Hawaiian Flowers to Look for On Your Trip

Many of Hawaii’s most eye-catching flowers have graced its shores since the dawn of time – and can’t be found anywhere else in the world. Here are 14 Hawaiian flowers that are endemic to the archipelago:

The pearly white hue of this Hawaiian flower, coupled with the delicate crimp on each of its petals, cuts a striking image against the dark, glossy leaves around it. A member of the coffee family (Rubiaceae), Hawaiian Gardenia also has a beautiful sweet fragrance that’s reminiscent of coconut.

Sadly, you have to be very lucky to encounter them these days. A critically endangered species, there are only a few left in the wild.

Fun fact: there are actually 7 species of hibiscus that are native to Hawaii. One of them – the yellow hibiscus (i.e. pua alo alo) – has been the state flower since 1988!

Bright, colorful, eye-catching, and ubiquitous, hibiscus has come to symbolize the Aloha State itself. Despite lasting little more than a day, they flower throughout the year, providing each island with a constant dose of tropical color.

Although Uki Uki’s often referred to as the Hawaiian Lily, it’s not actually a member of the lily family anymore. Nowadays it’s part of the “Asphodelaceae family” instead.

The technical name for Uki Uki is “sandwicensis”, which the eagle-eyed among you may notice resembles what Captain Cook called Hawaii upon arriving here in 1778: the Sandwich Islands! A modest flower in appearance, it boasts a delicate beauty, with white flowers and bluey-purple berries that have long been used in dyes.

Otherwise known as the “Prickly Poppy” or “Beach Poppy”, Pua Kala’s another famous flower of Hawaii with a striking alabaster hue.

It’s a tale of two cities in terms of its longevity though. On one hand, the Hawaiian Poppy can survive fires (unlike most other native Hawaiian flowers) and produces resilient seeds. On the other, it only blooms for a single day. You’ll find the poppy on each of Hawaii’s main islands, specifically in dry wooded areas around the coast.

Few Hawaiian plants boast the aesthetic appeal of the Red Cranesbill. As its name suggests, this magnificent flower has vivid red to fuchsia petals, each one curving back on itself like wood shavings from a carpenter’s latest project.

Its amazing color isn’t its only attribute though. Native to Maui, the Hawaiian Red Cranesbill is also the only type of geranium that’s pollinated by birds. It’s shockingly rare too, with as few as 50 of them remaining in Hawaii today.

Often strung into lei (and even eaten in salads), this common shrub is another indigenous plant that’s both attractive to look at and frequently on display!

You’ll encounter many different types of ‘ilima around Hawaii, but they’re usually found along coastlines and up in the dry, mesic forests of Oahu and Kauai. Part of the Hibiscus family, its delicate, inch-wide flowers stand out from the greenery courtesy of its deep orange, golden, and yellowy hue.

Named for the silky hairs that line its leaves and create a silvery sheen, the Silver Geranium is a perennial shrub that’s often found at higher altitudes – especially in dry, open areas of Hawaii.

Low-growing, the shrub stands approximately 3 feet in height and produces fragrant white flowers that regularly feature in lei. In fact, hinahina has been the official island lei material of Kaho-olawe since 1988!

A member of the mallow family, this flowering shrub is another of the rarest and most attractive Hawaiian flowers. Critically endangered, it’s thought that only 500 or so remain in the wild.

In terms of aesthetics, Ko‘oloa‘ula comes in many colors, including purple, white, pale yellow, salmon, and red, which is most typical. Surrounding leaves can occlude the flowers when they’re in bloom, though, so be sure to look closely to witness their exquisite appearance.

Naupaka’s a common shrub that flourishes both up in the mountains and down on the beaches in Hawaii. It’s notable for a few key reasons:

In technical lingo, Nehe’s a perennial herbaceous subshrub of the daisy family that scientists know as Lipochaeta Connata.

However, all most people need to know is that it’s lovely, delicate, and daisy-like – producing small yellow flowers that can bloom year-round! There are actually 2 subspecies of this pretty little flower: the “connata” and “acris” – both of which are now unfortunately rare in Hawaii.

11. Cabbage On a Stick (Molokai Ohana)

Memorable in both name and nature, this particular Hawaiian flower is native to the island of Molokai. Yet another visually striking plant, it has 5 long pointed white petals when in bloom and shiny cupped green leaves surrounding it.

Alas, with an estimated 200 of them growing wild these days, the Molokai Ohana is critically endangered. If you’re desperate to see one, head to the rocky cliffs of Molokai, where it’ll either be in the forested areas or mesic shrublands found there.

Alulu is one of the most unique and special endemic Hawaiian flowers. Often referred to as ‘Aka ‘Aka ‘Aka, it’s the lone species of the Hillebrandia branch of the Begoniaceae family and the only known relict plant in Hawaii. In other words, Alulu’s a remnant of a group of plants that once flourished but is now otherwise extinct.

Although it’s now an imperiled plant (i.e. close to being endangered), you can see these elegant pink and white Hawaiian flowers with their bright yellow centers in bloom on Kauai, Molokai, and Maui between February and June.

Stunning Hawaiian Flowers That Were Introduced to the Islands

Blessed with year-round warm weather and fertile soil derived from age-old volcanic material, Hawaii’s something of a paradise for flora.

In this section, we’ll reveal 6 non-native Hawaiian flowers that were introduced on The Islands over the centuries and benefited from these brilliant growing conditions:

Anthurium is endemic to Argentina and Northern Mexico but has thrived in Hawaii since the late 19th Century (courtesy of Hawaii’s Finance Minister at the time, who brought one back from a visit to London to put in his garden). Heart-shaped, waxy, and bright pink/red in color, these beautiful Hawaiian flowers are unmistakable!

Fun fact: people have been cultivating this flower for decades, eventually leading to a type of red-speckled anthurium called Starlight, which was the first to be patented.

We’d bet good money on the uniqueness of this one! The Bird of Paradise is called the “crane flower” in its native country, South Africa, and you can see why. The bloom is famed for its startling pointed orange petals and the bright blue flower at its center, all of which sit atop long, leafless stems.

It’s as bird-like as a plant can be and has become symbolic of Hawaii’s colorful and sensual islands. You’ll see it in gardens everywhere around the islands!

Pikake (AKA Arabian jasmine) isn’t just a gorgeous Hawaiian flower with pearly white petals and a member of the olive family. It was also the favorite flower of Princess Ka’iulani – the final heir apparent to the Hawaiian Kingdom before the monarchy was overthrown in 1893 – and has such a fantastic aroma that it’s used in many of the best Hawaiian perfumes.

With a name that means “peacock” in the native tongue, there are 4 varieties of Pikake in Hawaii that are all common features in lei (and peoples’ gardens!). Nick Mueller, Director of Operations at Hawaiianislands.com, describes pikake as “one of the most popular flowers in Hawaii…[that’s] by far one of the most fragrant flowers on the island chain.”

The near-luminous sapphire and violet colors of this popular flower, coupled with its tall, elongated stem, make it instantly recognizable.

The brilliant Blue Ginger is native to Brazil but popular in homes and gardens around the islands – in part because they flower for most of the year! They’re rarer plants to find in the wild, but wherever you happen upon one, you’re sure to revel in its resplendent blue hues.

Plumeria trees were first brought to Hawaii in 1860 by a German biologist called Dr. William Hillebrand. It’s endemic to tropical America (e.g. Brazil, the Caribbean, and Mexico) but thrived on the islands thanks to its warm climate and fertile volcanic soil.

These days, they’re everywhere – as commonplace as palm trees and with flowers as stunning as any other on this list! The bloom itself can be scarlet red or creamy white, yellow and pink, or even bright orange. Supremely fragrant, plumeria makes an ideal addition to leis.

Ready for another one of the iconic Hawaiian flowers? The Passion fruit flower might not be native to the archipelago (we’ve got South America to thank for this one), but we’re sure glad it ended up there…

For one thing, the flower dazzles visually. Each one has 5 bright white and purple petals along the base, fine white “whiskers” that curl outwards from above, and a prominent yellow stamen that protrudes from its center. But we also have these flowers to thank for the delicious purple and yellow passion fruit (known as lilikoi, in Hawaii) that grows in abundance around the country.

Stunning Hawaiian Flowers That You Can Grow in the US

Want to take some (or all!) of these Hawaiian flowers back to the mainland to plant in your backyard? Well, you can, but hold fire a moment before packing them into your suitcase! There are strict rules on what’s permissible – especially where soil’s involved.

That aside, assuming you can satisfy those requirements, there are some Hawaiian flowers that can survive and thrive on the mainland.

Take plumeria cuttings, for example. If you live somewhere with a temperate climate (plumeria doesn’t like the cold), you can plant them in the sunshine/partial shade and they should do well. If the winters are harsher, you can always plant it in a pot with drainage holes, allowing you to take it indoors.

Anthurium is another Hawaiian plant that’s a common houseplant throughout the continental US. Just be sure to keep it out of direct sunlight if you plant one of your own! Even those incredible Bird of Paradise plants can happily set up shop on the mainland. The trick is to keep them warm and give them enough sunlight – grow them indoors as a houseplant if you live somewhere cooler.

Hawaiian Flowers Are a Piece of Aloha to Bring Home

With gorgeous cuisine, beautiful people, a laid-back vibe, and scenery to die for, the very thought of heading to Hawaii is enough to inspire a trip there. Among its many attributes, though, the wonderful flora on display is a major part of the appeal.

Hawaiian flowers are something special – boasting sumptuous silhouettes, colors, and aromas that you won’t find anywhere else. Will you be bringing this piece of Hawaii to your yard or home?

Danny Newman is currently writing and traveling his way around the world in a bid to figure out exactly what he’s doing with his life. He’d love you to follow along with his journey over at What's Danny Doing. 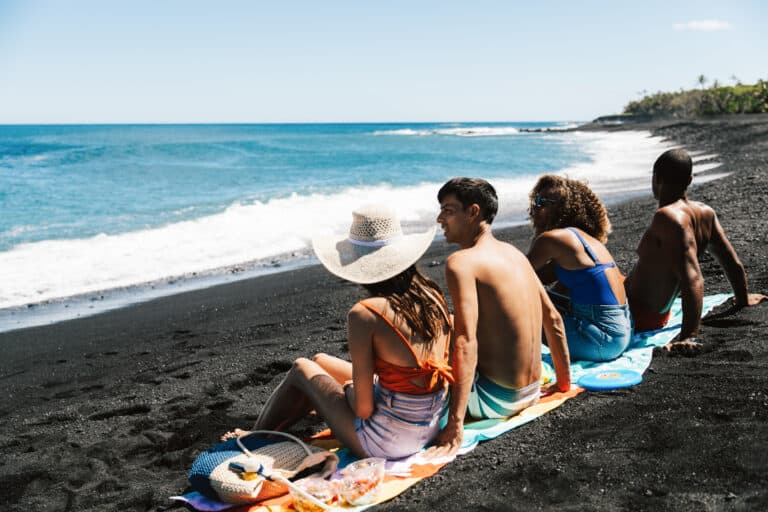 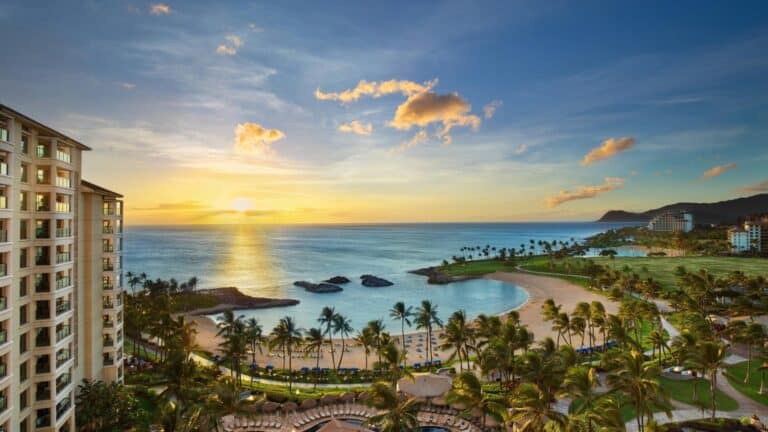 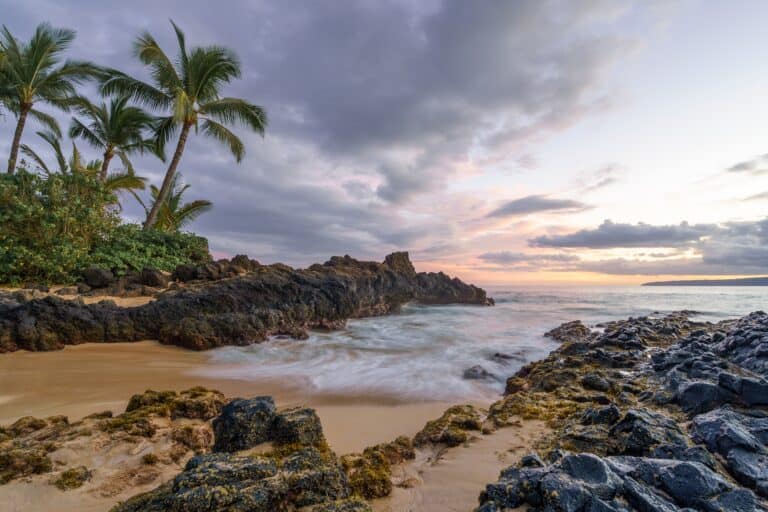 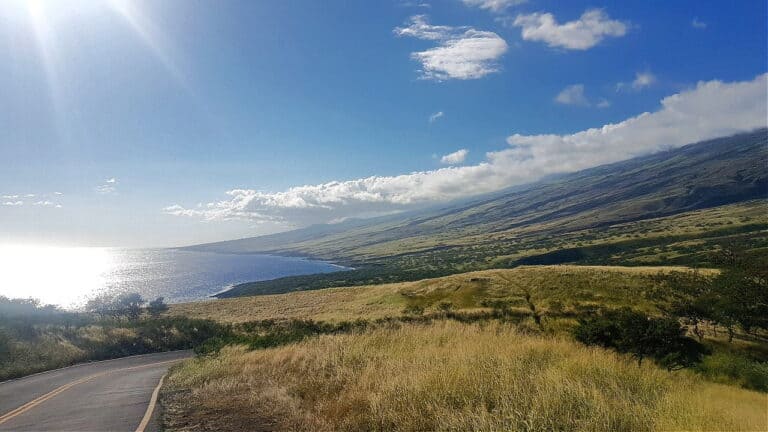 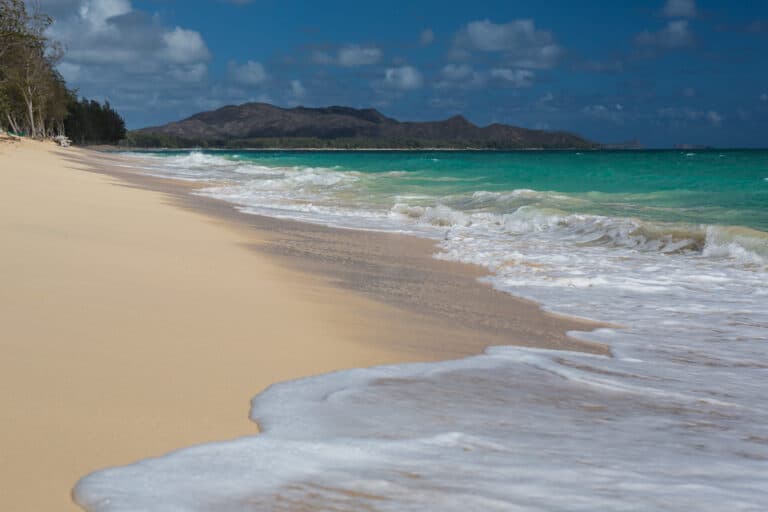 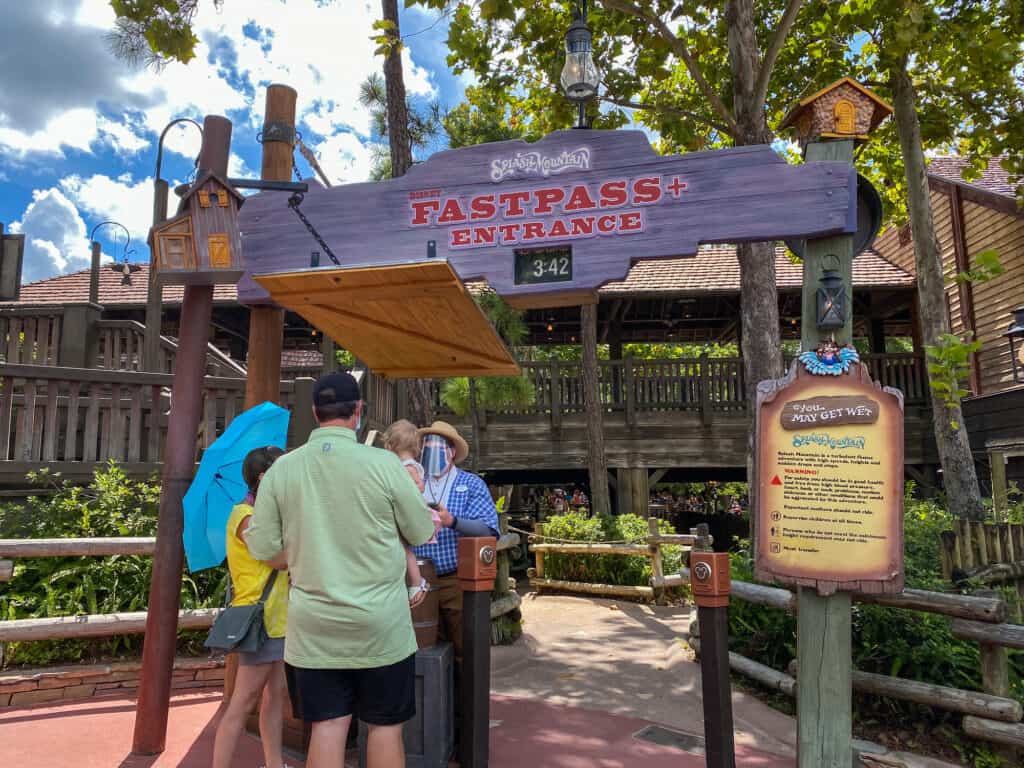 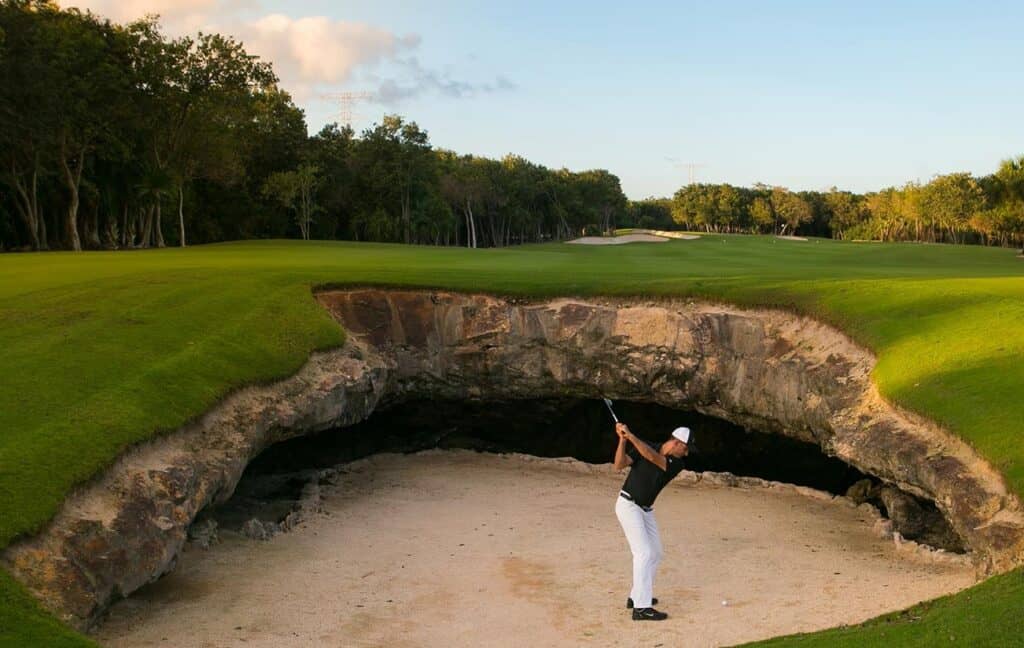